A’Deane’s Bush in the Central Hawkes Bay is now home to a population of the threatened native species titipounamu (rifleman).

A'Deane's Bush in the Central Hawkes Bay is now home to a population of the threatened native species titipounamu (rifleman).

18 of these small birds were transferred from Boundary Stream Mainland Island, where there is a strong population, to A'Deane's Bush yesterday. More birds are scheduled to be transferred today. The transfer is supported by Maungaharuru and Tamatea hapu. 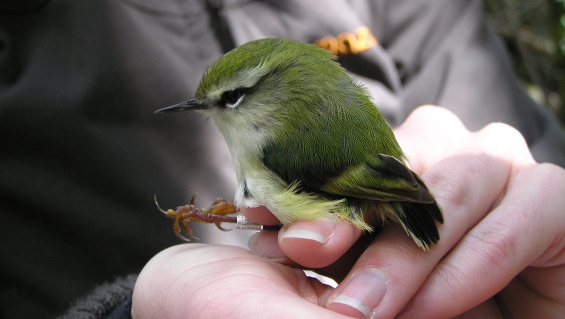 The transfer has been the result of significant work over the past several years by Friends of Adeane's Bush to trap pests – such as rats, stoats, ferrets and feral cats – and plant clear areas of the reserve in conjunction with DOC. Being able to re-introduce species, such as the titipounamu, into the Bush has been an ultimate goal for the group.

The titipounamu join a healthy and vocal population of other native wildlife in the remnant lowland podocarp forest at A'Deane's bush, including kereru, tui, morepork, fantails and long tailed bats.

"Titipounamu were once common in our lowland bush but predation and habitat fragmentation have seen them on decline over the whole of the North Island." said Kay Griffiths, owner of the Conservation Company and contact person for A'Deane's bush.

Titipounamu were chosen for several reasons: they should settle into the bush and immediate surrounding areas without dispersing elsewhere as they are not strong fliers; the lowland bush habitat suits the birds; and effective methods for transfers have been developed for them. Monitoring will be done as the birds settle into their new home.

Many people have volunteered their time for the transfer to occur. John and Jay Benton are major sponsors of the project and much of its success is due to their enthusiasm and funding.