New Zealand Army and the Department of Conservation join forces

Building work began yesterday in an exciting partnership between the Department of Conservation and the New Zealand Defence Force. New Zealand Army engineers and builders are constructing a new hut at Maropea Forks in the Western Ruahine Forest Park.

Building work began yesterday in an exciting partnership between the Department of Conservation (DOC) and the New Zealand Defence Force.

New Zealand Army engineers and builders are constructing a new hut at Maropea Forks in the Western Ruahine Forest Park. Maropea Forks is a location enjoyed by trampers, hunters and fishers and is also a territory of the native whio (blue duck).

The current hut is part of the core network of visitor assets in the Park and is being replaced as it is suffering from disrepair and, due to changes in the river channel, is positioned precariously close to the river.

Supplies for the build are being provided by DOC and DOC's other valued partners, including Dulux. 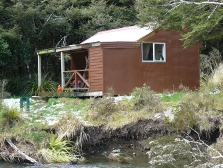 DOC Conservation Partnerships Manager, Chris Lester, states, "Projects such as this benefit both agencies; it allows DOC to stretch our resources further and undertake more projects that might not otherwise secure funding, at the same time providing an excellent opportunity for the skilled builders and other trade personnel of the New Zealand Defence Force to work in a different environment."

The building site was blessed through karakia in a ceremony led by Ngati Hinemanu me Ngati Paki.

New Zealand Defence Force builders and medical staff from 1 NZ Brigade at Linton will stay on site in the existing hut for periods of up to 12 days.

"The New Zealand Defence Force engineers and medics are capable of working in adverse environments and this makes them the perfect choice for building a hut in an isolated location," says 1 NZ Brigade commander Col Nick Gillard.

The hut is now closed for public use except in emergency situations and will stay closed until the new hut is completed and old hut dismantled, expected to be late April. 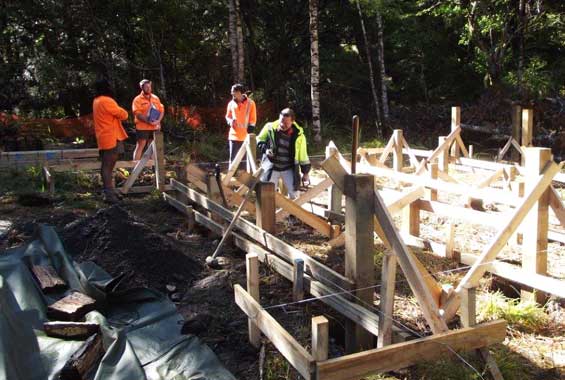