Five new marine reserves were officially opened today by Conservation Minister Dr Nick Smith on the West Coast of the South Island to protect a range of marine ecosystems for conservation, science and recreation.

Date:  08 September 2014 Source:  Office of the Minister of Conservation

Five new marine reserves were officially opened today by Conservation Minister Dr Nick Smith on the West Coast of the South Island to protect a range of marine ecosystems for conservation, science and recreation.

“These five new marine reserves on the West Coast effective from today are part of the Government’s plan to improve New Zealand’s marine conservation. We are a nation with some of the most spectacular and unique coastlines in the world and we need to recognise the importance and value of these marine habitats,” Dr Smith says. 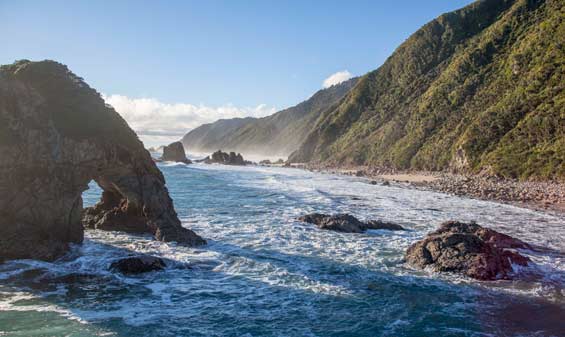 Kahurangi Marine Reserve coastline is a mixture of wild, sandy beaches broken by boulders and reefs

“The creation of these reserves is a great result for conservation on the West Coast and allows us to preserve and manage interconnected ecosystems from the mountains to the ocean,” Dr Smith says.

The marine reserves will protect some of the shore and seabed habitats of special marine life such as Hector’s dolphins and blue penguins (korora), as well as a wide range of fish species and other marine life.

“These five new marine reserves were recommended by the West Coast Marine Protection Forum involving Ngāi Tahu, commercial and recreational fishers, conservationists, tourism operators and councils. It is a real tribute to the Forum that in a region where conservation issues over forests, coal, gold and hydro development have caused so much conflict that a consensus has been found on marine conservation,” Dr Smith says.

The five reserve sites were carefully chosen to protect a representative range of habitats and special examples of the West Coast’s marine areas while minimising impacts on existing users. Popular fishing locations and mataitai reserves for customary and recreational fishing still remain available to be utilised by fishers.

Some low-impact activities are still allowed within the reserves’ boundaries to ensure that people can fully enjoy the benefits of the reserves, but without damaging marine life.

“The marine environment is the new frontier for conservation. Seventy per cent of New Zealand’s endemic species are in the ocean yet the bulk of our historic protective effort has been on land. These five reserves bring the number created this year to 10 alongside those at Akaroa, Kaikoura and three on the Sub-Antarctic Islands. New Zealand now has 44 reserves under the Marine Reserves Act 1971, bringing the total area of no-take areas of protection in the territorial sea to 9.5 per cent,” Dr Smith concluded. 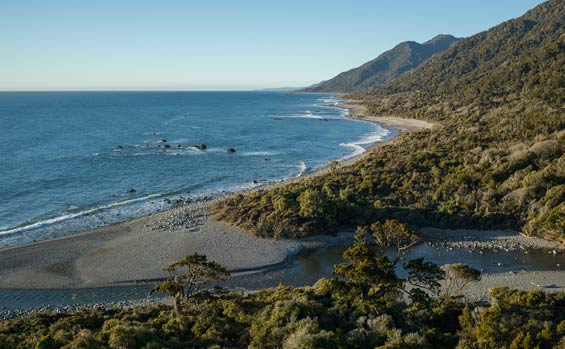