New Zealand fur seals being sighted on Coromandel beaches over the past couple of weeks are merely resting up and don’t need any human assistance, the Department of Conservation says.

New Zealand fur seals being sighted on Coromandel beaches over the past couple of weeks are merely resting up and don't need any human assistance, the Department of Conservation says.

DOC's Whitianga-based Conservation Services manager Dale Tawa said his office has received a number of calls from people concerned about the welfare of seals along the Coromandel's east coast, but they are best left alone.

"It is common at this time of year [August-November] for newly-weaned fur seal pups and juveniles to come ashore, but it's just a resting up period for them before they again head out to sea in search of food. We have had reports of seals being seen ashore from Sandy Bay in the north, down to Whitianga.

"The seals may look distressed and scrawny and display signs of sneezing and coughing and have weepy eyes, but that's just natural for them and they really don't need any human intervention. They will return to the water and swim merrily away as soon as they feel up to it." 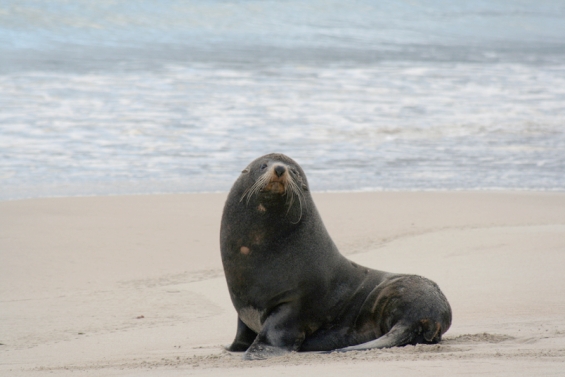 Dale Tawa says while the seals may look harmless and helpless they are wild animals and will defend themselves if they feel threatened. They can be carrying infectious diseases and can cause serious injuries.

"DOC has a hands-off policy with seals and will only intervene if a seal is obviously and severely injured, or is entangled in marine debris or is in a dangerous place such as on or near a public road. In that case, people could call the 24-hour DOC HOTline (0800 362 468)."

If you encounter a seal on or near a beach please leave it to rest:

Once the New Zealand fur seal – kekeno – lived and bred right round the coast of New Zealand. But they were hunted for more than 700 years, first by Maori and then from the 1790s by European sealers.

An estimated two million New Zealand fur seal were clubbed to death in the early 1800s to make fur seal hats and coats. Oil from their bodies was also burned in lamps for lighting.

By the 1830s the New Zealand fur seal was close to extinction. Sealing was finally banned in 1894. Since then their numbers have been rising and gradually fur seals have been re-colonising our coastline.

A small, non breeding colony, in the Manukau Harbour, near Auckland, is a further sign that kekeno are reclaiming our coastline.