New Zealand storm petrels were presumed extinct then rediscovered in 2003, more than a century after the last sighting. In February last year the birds were successfully tracked to breeding sites on Hauturu.

"The egg was found on the same day that a kakapo was found incubating eggs. This tale of two nests is a remarkable and joyful coincidence and further highlights Hauturu Little Barrier’s role as New Zealand’s premier nature reserve," says Warren Gibb, chairman of the Hauturu Little Barrier Island Supporters Trust, who, with two local Forest & Bird branches, funded this year’s research. New Zealand storm petrel project scientists took the opportunity when the female was off the nest to check the egg was fertile and record data.

"It was exciting to see the egg of a bird once thought to be extinct," says Graeme Taylor, Department of Conservation (DOC) Principal Science Advisor leading the team. "Measuring a mere 31mm X 23mm, the egg is white with a fine dusting of pink spots concentrated at one end."

"The fact it has taken until 2014 for scientists to observe one of these tiny eggs reflects how much we still don’t know about New Zealand’s natural environment and particularly for marine species," says Mr Taylor.

The project has been supported by DOC with both fieldwork and the logistics of getting gear and personnel to the challenging location of Hauturu/ Little Barrier.

Ngati Manuhiri, mana whenua of Hauturu/Little Barrier are kaitiaki (guardians) of all the taonga on the island and its surroundings, including the translocations of any other taonga coming onto Hauturu such as the kakapo. Ngati Manuhiri fully support any ongoing research and monitoring programmes that deliver outcomes that complement their cultural values and aspirations. Ngati Manuhiri are delighted with these latest developments. 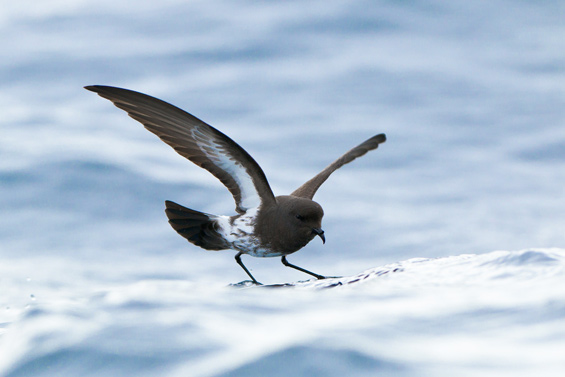