The death of a seal pup from a dog attack on a Canterbury beach this week is a reminder to dog owners to keep their pets under control.

The death of a seal pup from a dog attack on a Canterbury beach this week is a reminder to dog owners to keep their pets under control. 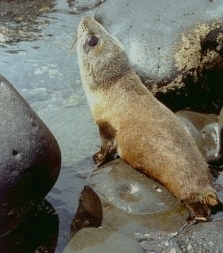 The young New Zealand fur seal or kekeno was killed by a dog on Sunday while resting on the upper beach north of Leithfield.  This follows the death of a juvenile seal due to a dog attack on a Dunedin beach in June.

Department of Conservation ranger Derek Cox said the incident highlighted the risk dogs posed to young seals and the need for dog owners to be responsible.

“Seal pups often come ashore to rest at this time of year and dog owners need to be vigilant and keep their dogs under control at all times.

“The pups are being weaned and learning to fend for themselves.  They can look scrawny but are usually not sick and just need to be left alone to rest.”

The DOC 24 hour emergency number received a call about a sick seal pup on Leithfield Beach and a ranger went out to check it. As it just needed rest, the ranger put up a sign up to advise people that it was ok and just to leave it alone.

Approximately two hours later another person rang the DOC hotline to advise that their dog had found and killed the seal pup. “It was unfortunate that the dog owner wasn’t aware of the seal pup while their dog was off the leash but they did the right thing in calling DOC to report the incident”,  said Cox.

Generally seals just need to be left alone and given space.  However, if you find a seal that is severely injured, entangled in marine debris, or being harassed by people or dogs, call the DOC 24 hour emergency hotline: 0800 DOC HOT (0800 362 468).

DOC is also interested in reports of sightings of the rarer New Zealand sea lion and elephant and leopard seals, which occasionally visit our coastline.  A leopard seal came ashore on Scarborough Beach near Sumner last month. 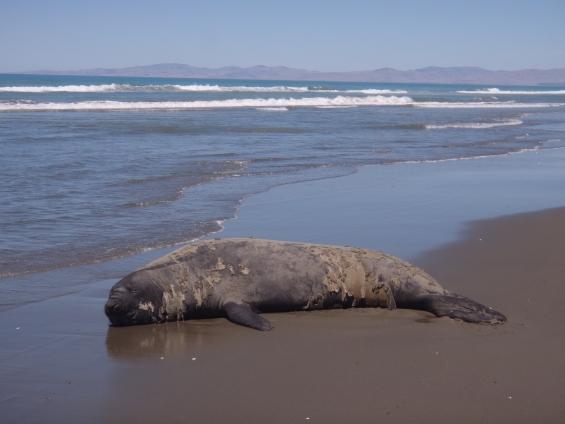 New Zealand fur seal numbers are slowly increasing around Banks Peninsula and the Canterbury coastline since their protection in 1978 but are still only about 15 percent of their original numbers.  Between July and October male seals often ‘haul out’ prior to the start of the breeding season.

All native marine mammals are protected species. Under the Marine Mammals Protection Act 1978 penalties range from up to two year’s’ jail or fines of up to $250,000 for killing and harming fur seals or other marine mammals.