The Department of Conservation's new regional office and community house complex is due to be completed sometime in late July.

The new Department of Conservation regional office and community house complex is due to be completed sometime in late July.

The building is collaboration between DOC and the Tauhara hapu of Ngāti Tūwharetoa, in conjunction with the Opepe Farm Trust.

The new office and community whare complex being built on the public conservation land between Motutaiko and Kaimanawa Streets, behind Waiora House will house up to 49 DOC staff. 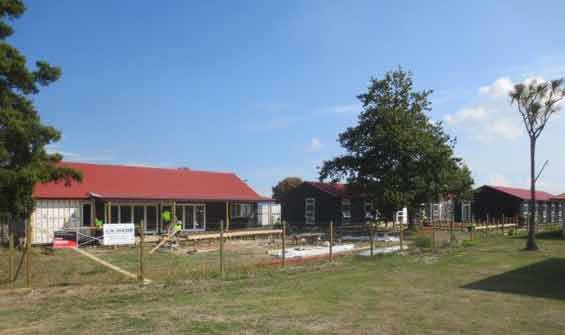 An official opening of the new complex is being planned for early August following more than three years work between the parties.

Chair of the Opepe Farm Trust Temuera Hall says “It is great to see the progress on the whare and office. It has been a positive collaborative process getting to this point, and we are looking forward to the opening and the next phase of this partnership journey”.

Partnership Director David Speirs says staff are looking forward to the office complex completion and that the process to plan and construct the office is a reflection on the way that DOC will be working into the future – achieving conservation outcomes by working with others.

“This project is symbolic of the department’s long term commitment here in Taupō, we are here for the long haul and want to work with iwi and the community.

He says those involved in this project have shown extremely lateral thinking. He described the project and relationship as very progressive, and said it was a very inclusive model, and one that the department would use again.

“The vision was for us to be able to work in an integrated way with iwi. And with a shortage of community buildings here in Taupō this project will not only provide a great working space for our staff but also a whare for iwi and community groups to come together.

“There are exciting times ahead and I look forward to moving into the new office space,” Mr Speirs says.

The new complex comprises two main buildings; the office block which is an H shaped building with the entrance off Motutaiko Street and the community house which has full kitchen, two offices and meeting space for up to 30 people. The entrance to this building is off Kaimanawa Street.

Construction of the complex is being undertaken by JR Wade Construction. The building has been designed to reflect a traditional Taupō bach and has been orientated with a northerly aspect to make maximum use of solar gains. The ‘whare’ has 10KV solar panels installed on it. 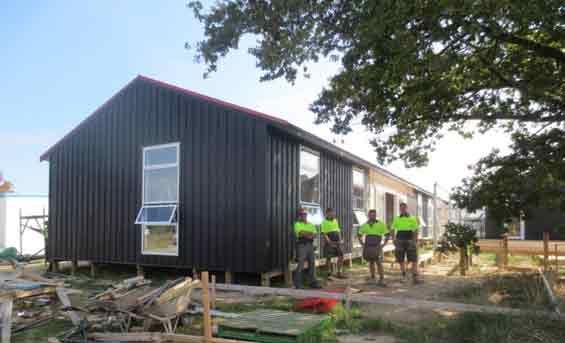 One of the features being showcased with this building is the rain water management system. All rain water collected will be stored on site and used for the toilets, irrigation of the gardens and the innovative geo-grid grassed car parking area.

Another feature is the aerated concrete floors designed for acoustics and noise abatement.  The building design has been maximised to use sustainably grown NZ Pinus Radiata with plywood on both the interior and exterior of the building. The building is being painted using Dulux timbacryl Ebony through one of the department’s key partners.