There is concern at signs of paua illegally being taken from the Long Island-Kokomohua Marine Reserve in the Marlborough Sounds.

Latest research findings continue to show blue cod and rock lobsters are significantly larger and more numerous inside Long Island-Kokomohua Marine Reserve in the Marlborough Sounds than outside it, but there is concern at signs of paua illegally being taken from the reserve.

“The report says illegal taking of paua appears to be a significant factor in paua abundance increasing only slowly inside the marine reserve since it was created in 1993.

“This is concerning and it is deeply disappointing some people are not respecting the marine reserve’s protected status and the rules on not fishing or taking marine life from it. 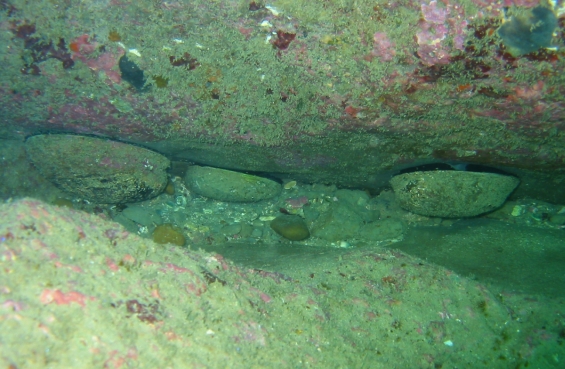 “Long Island-Kokomohua Marine Reserve was created through community efforts and illegal fishing in it amounts to taking from the community.

“We will be stepping up efforts to catch and prosecute people illegally fishing and taking marine life from the marine reserve. We also ask people boating in the area to look out for illegal fishing activity in the marine reserve and report it to our DOC Picton office on 03 520 3002.

The latest research findings are in a new report on 22 years of monitoring that compares size and abundance of marine species at sites within Long Island-Kokomohua Marine Reserve and at comparable nearby sites outside it.

Blue cod over 30 cm in length were found to be three times more abundant inside the marine reserve this year than outside it.

The average size of blue moki inside the reserve was also significantly larger though they weren’t more numerous.

“The monitoring findings highlight what we can valuably learn about the marine environment from marine reserves where marine life left undisturbed can flourish,” said Gould.

“Marine reserves also provide wonderful opportunities for people to observe their fascinating underwater world through activities such as diving and snorkelling.

“Fish are reported to be noticeably less wary of divers inside Long Island-Kokomohua Marine Reserve enabling some amazing close encounters.

“The research report identified rock lobsters and large blue moki, which usually try to keep out of sight, were untroubled by divers being close inside the marine reserve. Large blue cod also appeared fearless, with some even biting divers’ lips, fingers or equipment.”