The Department of Conservation begins its Battle for our Birds pest control in the Catlins to protect an important at risk population of mōhua/yellowhead in the beech forest.

The Department of Conservation tomorrow (Saturday 8 November) begins its Battle for our Birds pest control in the Catlins to protect an important at risk population of mōhua/yellowhead in the beech forest.

As well as mōhua, the operation will protect long-tailed bats/pekapeka at risk from rising predator numbers fuelled by heavy beech seed-fall.

“Monitoring of rodents has shown that mice are increasing throughout the forest and are particularly dense in lower altitude areas where tracking is at 78%. This will trigger a stoat plague over the summer, just as mōhua are nesting and trying to raise their young. Rats are not at worrying numbers yet but will soon bounce back,” Cheryl said.

These birds are particularly vulnerable to predation by rats, mice and stoats because they nest in holes in trees. 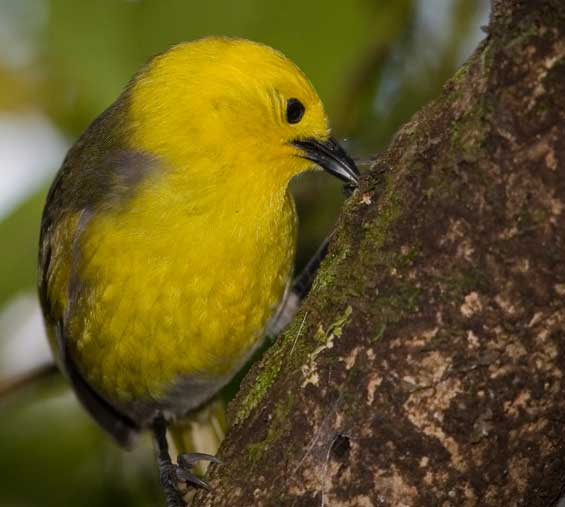 Mōhua will benefit from the 1080 operation in the Catlins

The aerial 1080 predator control will knock down rodent and possum numbers. Stoats will also be reduced as a result of eating poisoned carcasses.

A pre-feed operation begins tomorrow with aerial application of non-toxic baits over 10,100 ha of conservation land in the Catlins.

Aerial control was undertaken in the Catlins last year in a joint TBFree-DOC operation over 47,000 ha of forest. As a result of this operation, mōhua increased to the highest level recorded since the population suffered a big decline 15 years ago.

“If we don’t act now, we lose the benefit of all the good pest control work undertaken last year and will be back at square one,” Cheryl said.

The operation will follow stringent safety procedures and buffer zones are in place around significant waterways.

Warning signs regarding the presence of poison are present at all entrance points to the area.

Get more information on DOC’s Battle for our Birds pest control response.