The State Services Commissioner, Iain Rennie, today announced the appointment of Lou Sanson to the position of Chief Executive and Director-General of Conservation, (DOC). 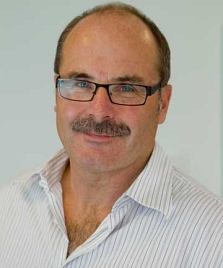 The State Services Commissioner, Iain Rennie, today announced the appointment of Lou Sanson to the position of Chief Executive and Director-General of Conservation, (DOC).

Mr Sanson is currently the Chief Executive of Crown entity Antarctica New Zealand and he has been appointed to this role, his first in a core public sector Chief Executive role, for three years.

Commenting on the appointment, Iain Rennie said that throughout his career, and in particular in his work with Antarctica New Zealand, Mr Sanson has built and maintained effective working relationships with diverse stakeholders and been involved with a number of organisational structural shifts.

‘I consider Mr Sanson to have the intellectual capability, strategic leadership, policy experience, change management skills, and personal qualities to be successful in the role.

“With a proven commitment to conservation, he possesses the focus to roll out the new business model and required shift in culture and practice, while maintaining delivery of the wide range of DOC services, “Mr Rennie said.

The Chief Executive and Director-General of Conservation leads a department of approximately 1,700 staff located in 99 separate locations around New Zealand.

Mr Sanson begins his role on September 14 2013.  The current DOC Chief Executive Al Morrison is leaving to take up the role of Deputy Commissioner, Corporate Centre at the State Services Commission.

Mr Sanson has spent his entire career in forestry and environment roles, including 15 years working at various levels of the Department of Conservation.

Since July 2002, Mr Sanson has been Chief Executive of Antarctica New Zealand where he is responsible for the development and execution of New Zealand’s activities in Antarctica and the Southern Ocean.  Antarctica New Zealand is a Crown entity with 50 staff and approximately 200 New Zealand Defence Force Staff on secondment.  Mr Sanson was required to manage international collaborations in the New Zealand interest – many of his key achievements in the role involved developing and maintaining partnerships with key stakeholders, including with the private sector.

Between May 1998 and July 2002, Mr Sanson was the Conservator for the Southland Conservancy, responsible for all public lands administered by the Department of Conservation in the Southland District (including Fiordland National Park, Stewart Island and New Zealand’s Sub-Antarctic islands).  He was also accountable for developing strong working relationships with local government, communities, iwi and recreation interest groups.

Prior to this, Mr Sanson was Operations Manager in the Southland Conservancy.  In this role he was responsible for all field operations of the Conservancy and management of the Sub-Antarctic islands.  As part of the role, Mr Sanson was a member of a ten person team reporting to the Director-General of Conservation on a major restructuring of DOC and transitional measures to achieve the new departmental structure.

From 1978 to 1987, Mr Sanson held various other environmental roles, including roles with the New Zealand Forest Service, DSIR Antarctic Division and the New Zealand Wildlife Service.

Lou Sanson holds a Bachelors degree of Forestry Science (Honours) from the University of Canterbury, where he received the Schlich Memorial Prize as top graduate.  He has completed a number of professional development programmes since completing his degree, including the NZIM Executive Management Programme in 2001 and the Leadership in Practice course (through the Leadership Development Centre) in 2004. He also attended Harvard Business School where he undertook the "Leading Change and Organisational Renewal” course.