Beech trees are currently flowering heavily across the country and could lead to a plague of predators next year putting some rare bird populations at risk says the Department of Conservation. Beech trees are currently flowering heavily across the country and could lead to a plague of predators next year putting some rare bird populations at risk says the Department of Conservation.

Beech generally seeds only every four to five years but climatic conditions over the last two summers—a cool summer followed by a warm one—appears to have triggered the onset of a bumper seed or beech mast year.

DOC Director-General Lou Sanson says the widespread flowering will generate large quantities of seed falling onto forest floors next autumn and this abundant food supply is likely to fuel an explosion in mice, rat and stoat numbers from next winter.

“Our biggest concern is that when seed supplies run out next winter, large numbers of rodents and stoats will turn on vulnerable species like threatened forest birds, endangered bats and New Zealand’s unique giant land snails.”

DOC scientist Graeme Elliott says that prolific beech flowering in both the North and South Island points to the biggest seeding event in over a decade.

“This shows signs of being at least as big as the beech mast in 2000, which reduced mōhua in the Eglinton valley in Fiordland from several hundred to a dozen or so birds and wiped out a local mōhua population at Mt Stokes in the Marlborough Sounds.”

Birds like mōhua/yellowhead, kākāriki karaka/orange-fronted parakeet and whio/blue duck are particularly vulnerable as well as other threatened species such as short-tailed bats and Powelliphanta snails, says Dr Elliott. 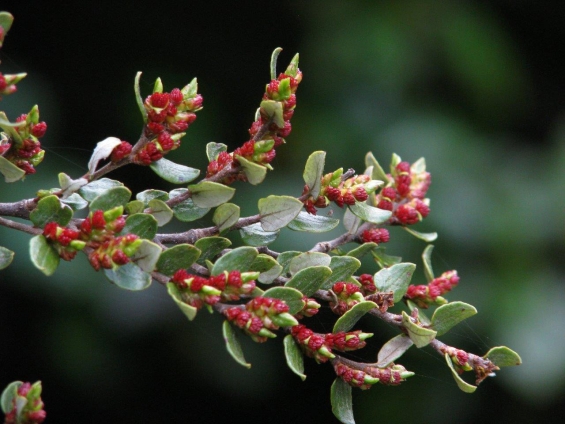 Lou Sanson says DOC scientists will be closely monitoring the beech forests over coming months to track both seed production and rodent numbers.

He says while the extent of the beech mast and its effects are uncertain yet, he has asked DOC pest control specialists to identify at risk populations and prepare pest control contingency plans for likely pest plagues next winter and beyond.

This work builds on lessons learnt from DOC’s Operation Ark species protection programme in response to damaging South Island rodent and stoat plagues in 2006 and 2009.