The Department of Conservation (DOC) is undertaking work today to rescue an historic lighthouse teetering on the cliff edge at Godley Head, near Christchurch.

The Department of Conservation (DOC) is undertaking work today to rescue an historic lighthouse teetering on the cliff edge at Godley Head, near Christchurch.

“This beautiful old structure had an extremely lucky escape and was left clinging to the cliff by its ‘toenails’ after the February and June earthquakes in 2011,” says DOC project manager Grant Campbell.

“DOC is extremely pleased to be able to save another piece of Christchurch’s quake-damaged heritage. As with moving Scott’s Hutt to the area earlier this year, this complicated operation has required some fairly creative thinking and  enthusiasm to get the job done from all those involved.” 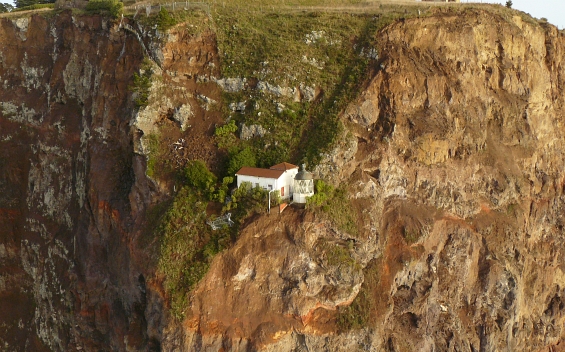 Professional abseilers will remove the copper dome and outer glass housing from the lighthouse base 50 metres down the cliff face below Godley Head. A helicopter will then transport the unit to the DOC compound nearby, where it will be stored. The prism glass, prism housing and light mechanism will be securely crated and also flown there.

The original Godley Head lighthouse was built from locally quarried stone and was first lit in April 1865. The lantern was designed and built in England. Along with the tower, a double stone house was built with a slate roof. This dwelling housed both the head and assistant keepers and their families.

Due to its strategic vantage point, Godley Head was taken over in 1851 as a Defence Reserve for military purposes. During the Second World War, fortifications were built around the lighthouse and a battery of six-inch guns was installed. As the lighthouse was in the direct line of fire of the guns, the old tower and lighthouse keepers’ cottage was demolished and the lighthouse moved further down the cliff face.

The lighthouse was automated in 1976 and handed over to the Lyttelton Harbour Board. After being damaged in the earthquakes, the buildings and tower were gifted to DOC for possible removal.

“The structure and operating mechanisms are of significant historic importance. Once safely moved, our aim will be to restore the lantern house on a new concrete base but for the time being it will be kept in safe storage,” says Grant.