Conservation Minister Dr Nick Smith is proposing a 350 square kilometre extension to the set net fishing ban off the coast of Taranaki to protect Māui dolphin.

Date:  06 September 2013 Source:  Office of the Minister of Conservation

Conservation Minister Dr Nick Smith is proposing a 350 square kilometre extension to the set net fishing ban off the coast of Taranaki to protect Māui dolphin.

“Māui are the world’s smallest and rarest dolphin. They are critically endangered with their numbers down to just 55 adults. New Zealand needs to do everything practically possible to ensure their survival,” Dr Smith says. 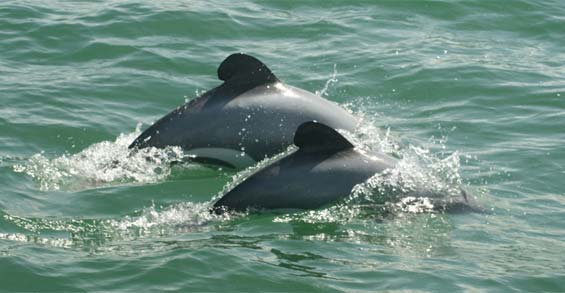 “I am advised by marine scientists that the accidental deaths of Māui dolphin need to be limited to no more than one every sixteen years to ensure their survival. However, there have been three confirmed and two likely deaths from set netting since 2000.

“Set netting involves laying a fine nylon net up to three kilometres long and 10 metres deep along the seabed, typically overnight. The danger for Māui, who rely on echolocation for navigation, is they cannot detect these fine filaments and can become entangled in the nets and drown.

“The controversy around this issue essentially comes down to pinpointing where the Māui dolphin are sufficiently present to justify set net bans. The predominant habitat of Māui is in the area between the Kaipara and Raglan Harbours but their range does spread further afield. I am taking a cautious approach by banning set netting where there is clear evidence Māui go while not unnecessarily banning fishing where they are not.”

The proposed Waitara set net fishing ban extension is from Pariokariwa Point to Waiwhakaiho River in Taranaki and between two and seven nautical miles offshore, covering an area of 350 square kilometres. There have been five reported sightings of Māui dolphin in this area over recent years.

“I accept this proposal will have a negative impact on New Plymouth’s fishing industry. That is why this morning I travelled there and briefed them on the proposed extension. The problem is that set netting is such a risk for the Māui dolphin and their numbers are so few I need to err on the side of their protection,” Dr Smith says.

The proposed extension of the set net ban within the West Coast North Island Marine Mammal Sanctuary is made under the Marine Mammals Protection Act 1978 and is open to submissions on the DOC website until 10 October 2013.