Huts are found at the north and south ends of Auckland Island. These two stations watched the coast for enemy naval vessels during the Second World War.

During the Second World War, the New Zealand War Cabinet were concerned enemy ships might anchor in the subantarctic islands and actioned the 'Cape Expedition'. The Cape Expedition program was to build three stations to keep watch for enemy vessels; two on Auckland Island and one on Campbell Island. The coastwatchers were stationed at each for 12 months at a time and were to contact New Zealand by radio if any vessels were seen.

Prefabricated 3m square huts of weatherboard construction with bitumen roofs were shipped to the Auckland Island in 1941. One was built at Port Ross in the north and the other at Carnley Harbour on the south end of the island. Each harbour was a potential refuge for enemy vessels.

Life at the huts

Radio contact was kept to a minimum to avoid detection, and transmissions were largely in morse code. Contact was made with the other stations and the Awarua mainland radio station every 24 hours. This was increased to two plus a weather schedule in 1942, and then four from 1943. If enemy ships were sighted personnel were to alert the mainland by radio, and retreat to emergency huts. 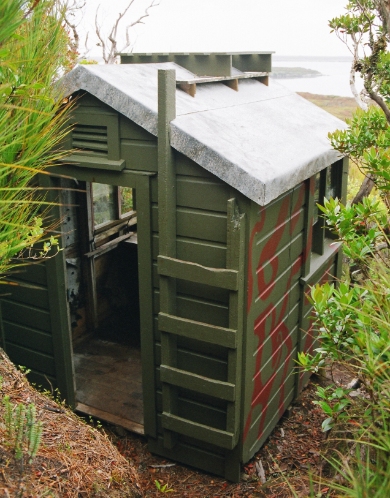 At first, private messages were restricted to bereavement or other urgent matters, but later each man was allowed to send and receive two personal messages annually. The only news of the outside world was that heard over standard domestic radio, and other morse code transmissions picked up by the radio operators.

Ranui station was maintained by a team of four or five men from 1941 until it closed on 3 June 1945.

Some of its first recruits came from the NZ Post and Telegraph Service, but from 1942 scientists were included. Various scientific work took place from wildlife research to detailed meteorological observations. During the last two years, a survey party led by Flight Commander Allan Eden took the first full topographical survey of the Auckland Island group. This work was largely based out of the Ranui Station.

The remains of the Ranui station is located on the outer reaches of Port Ross, hidden in the back of a small cove. The complex, including a base hut, ancillary huts, long drops, radio masts, landing areas, and tracks are hidden in rata forest, out of sight from the sea. The hut itself is located just below the ridge above the base and provides a clear view of all the entrances to Port Ross. 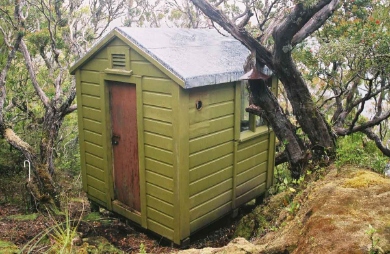 The station complexes consisted of a base hut, ancillary huts, storage sheds and workshop, long drops, radio masts, landing areas and tracks. All these structures are hidden from the sea in rata forest. Above the station, the camouflage lookout hut is located so that the eastern entrance of Carnley Harbour could be watched.

Tagua station at Carnley Harbour was also manned by a team of 4 or 5 men from 1941 until it was disbanded in May 1944. Although much of the Tagua station is in an advanced state of decay, the lookout hut survives and retains its camouflage colours.

Visiting the subantarctic islands is a privilege and a responsibility. To enter these islands and surrounding waters you need to consult with DOC and obtain the relevant permits.