Didymo and other threats

Learn the easy steps of Check Clean Dry to stop the spread of invasive exotic plants and fish species which pose a huge threat to the Taupō fishery.

Invasive exotic plant and fish species have been introduced to New Zealand freshwater ways and can degrade the quality of the water, look unsightly, restrict recreational activities such as fly fishing, and compete with native plants, native fish and sports fish. It is important to stop the spread of these threats in order to protect the Taupō Fishery.

How to stop the spread

Check Clean Dry are the preventative actions to take between all freshwater ways.

For more information see Cleaning Methods on the Biosecurity website.

Rock snot a threat to the Taupō Fishery

In particular is the threat of an unwanted organism didymo (Didymosphenia geminata), commonly known as 'rock snot'.

Didymo is an unwanted organism that has spread through a number of rivers in the South Island, and there remains a large risk of it reaching the North Island and the Taupō Fishery.

Severe blooms have the potential to change the habitat for insects trout feed on by smothering the stones, displacing the large desirable insects (mayflies, caddis and stoneflies) and encouraging the proliferation of small, less nourishing species like midges and snails. 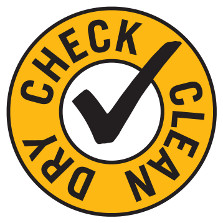 Check Clean Dry between all fresh waterways to stop the spread of weeds.

This could lead to reduced fish growth, smaller average size and condition and possibly fewer trout. It may similarly potentially cause adverse effects on indigenous river dwelling birds (such as whio / blue duck), fish and insects.

Intense blooms make angling very difficult, and some methods, like those practiced in Taupō rivers, maybe impossible due to gear becoming continuously clogged with didymo. Clogged rivers are visually less attractive and fish are harder to spot.

The Ministry of Primary Industries (MPI) is the lead agency for biosecurity in New Zealand.

MPI work in partnership, through the Freshwater Pest Partnership Programme, with various partners working together to help prevent the spread of didymo.

The Taupō Fishery Area of the Department of Conservation actively supports MPI Biosecurity NZ in their efforts as part of our management of the Taupō Fishery.

Find out about some of the pest fish found in New Zealand and why they are a problem for our freshwater ecosystemss.