The New Zealand government is committed to protecting our valuable marine biodiversity. Work is underway to establish a network of Marine Protected Areas on the south-east coast of the South Island – from Timaru to Waipapa Point.

In February 2018, after nearly four years of work, the South-East Marine Protection Forum (the Forum) provided a recommendations report to the Minister of Conservation and the Minister of Fisheries with two network options for them to consider.

In March 2019, Ministers announced their decisions and outlined the statutory processes that will be followed.

Public consultation on proposals to establish a network of marine reserves and marine protected areas along the south-east South Island recommenced on 3 June 2020 and closed on 3 August 2020.

More information on the consultation process. 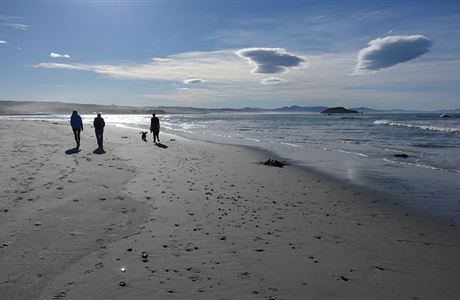 Get the recommendations report and find out more about the work of the South-East Marine Protection Forum.

The Minister of Conservation and Minister of Fisheries have agreed to progress Network 1 as set out in the Forum’s recommendations report because it best meets the objectives of the Marine Protected Areas Policy (PDF, 809K).

Ministers believe this option will create the best protection for important habitats found in the South Island’s south-eastern coastal area including foraging areas for marine mammals, birds, fish and invertebrates.

DOC and Fisheries New Zealand will now work to progress the proposed network under the Fisheries Act (1996) and the Marine Reserves Act (1971).

DOC and Fisheries New Zealand will undertake consultation with tangata whenua, stakeholders and the public.

The next step towards establishing a network of marine protected areas on the South Island’s southeast coast is public consultation.

While the South-East Marine Protection Forum consulted widely before making its recommendations, the public has not been consulted on the network in its current form.

Ministers want to ensure they have a good understanding of public perspectives on the proposed network before making a final decision.

With Fisheries New Zealand, we are currently progressing engagement with our Treaty partner, Ngāi Tahu, to ensure their views inform ministerial decision making. A joint consultation document is also being prepared. The document provides a summary of the work to date and details of all proposed protection measures, which were recommended as network 1 by the forum in 2018.

DOC and Fisheries New Zealand had a role to help Ministers understand the implications of the two recommendations put forward by the Forum, and therefore make well-informed decisions.

The following documents were provided to Ministers:

DOC-only advice to Minister of Conservation:

Note that some information is currently withheld from these documents under the Official Information Act due to:

An independent lessons learned analysis of the South-East Marine Protection Forum process was commissioned by DOC and undertaken by the Caravel Group. The analysis considered the positive and negative aspects of governing, planning, controlling and delivering the project. The report incorporates feedback from the Forum members, the project Governance Group, and the SEMPF project team. It does not, and wasn’t intended to, make any judgements on the outcome of the SEMP Forum.

The report’s authors found that overall the Forum process held together well; that all participants had good intent to meet the objectives, and the Forum Chair did a great job bringing differing views together, aiming for consensus. It also identified a number of elements that could be improved, including more clearly defined marine policy and agency roles, and more time should have been spent planning and providing information before the forum began its work.

Lessons learned from this report will be incredibly helpful in future work to design improved and more streamlined processes for protecting our significant marine areas.

This policy is a key means of protecting a full range of New Zealand’s marine habitats and ecosystems.