The decision means public access to Tonga and Pinnacle Islands will not be allowed except by permit to prevent disturbing the seals.

“Tonga Island is home to the second largest of three fur seal breeding colonies in the top of the South Island, while seals are also starting to breed on Pinnacle Island,” Ms Barry says.

“Seal rookeries are highly sensitive to human intrusion and there have been problems with people landing on the islands and disturbing them. Bull fur seals can be aggressive during the mating season and will chase and attack people who come too close.”

“Tonga Island is already managed as a predator free sanctuary and is at the heart of an existing marine reserve. Making Tonga and Pinnacle specially protected areas may mean they can be used to establish populations of other threatened species in future,” Ms Barry says. 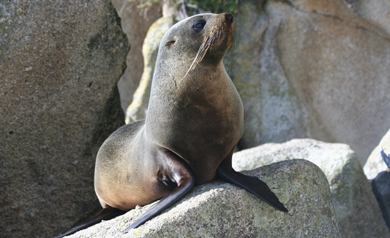 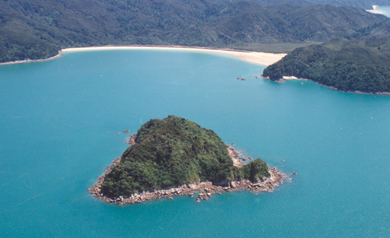 “I’d like to acknowledge the advocacy of local MP Dr Nick Smith, who was very involved in the creation of the Tonga Island Marine Reserve and the work on making the islands predator-free sanctuaries.

“Dr Smith wants the islands to become home to the tuatara, an option that DOC can now consider, and he welcomes today’s announcement from both a conservation and a tourism perspective.”

Permits to land on the islands are only likely to be issued for scientific research and monitoring or iwi cultural purposes.

View a map of the specially protected areas (PDF, 452K)

Enjoy swimming and snorkelling in the Abel Tasman National Park. It is renowned for its golden sand beaches, intimate coves, and excellent summer weather.