See a graph showing the average weight for both male and female albatross chicks.

We use DNA testing to determine the sex of the chicks. Size, weight and temperament of the chick can be used at around 80 days of age as male chicks usually become heavier and larger than female chicks at that stage.

The following graph below shows the average weight for both male and female albatross chicks compared with the 2020 Royal Cam chick Atawhai, the 2021 chick Tiaki, the 2022 chick Lilibet, and the South Plateau chick 2023.

The following graph below shows the average weight of male and female chicks compared with the weight of previous Royal Cam chicks: 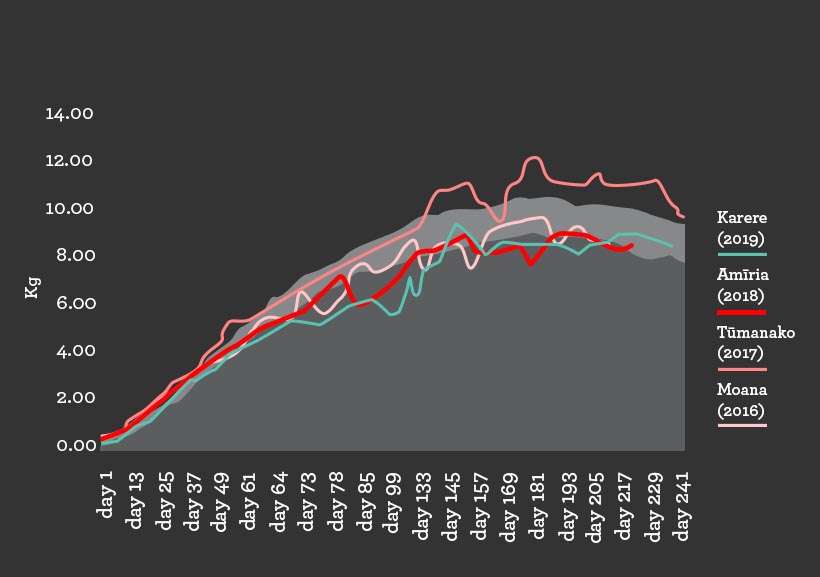 There are times when we are unable to weigh the Royal Cam chick, so these sections have just been averaged out.