The largest pest control operation in New Zealand’s history will be launched this winter in response to a pest plague which threatens vulnerable native wildlife, Conservation Minister Maggie Barry says.

Battle for our Birds 2016 will receive $20.7 million in new operating funding for 2015/16 from this month’s Budget, helping to fight back against an expected pest population boom caused by a heavy forest seeding, or mast.

“DOC scientists have confirmed the seed fall predicted last year has eventuated,” Ms Barry says. “We must respond if we’re to protect our native birds and animals from the threat – and the funding will enable DOC to achieve this.”

This autumn around a million tonnes of beech seed will drop to the forest floor, providing a bonanza of food for rats and causing their population to boom.

“As rats increase due to the readily-available food source, so will the number of stoats which feed on rats,” Ms Barry says. “Once the seeds germinate and the food source disappears in early spring, the plague of millions of starving rats and tens of thousands of hungry stoats will turn on native wildlife, bringing disaster if we do nothing.” 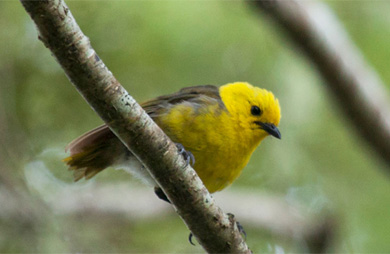 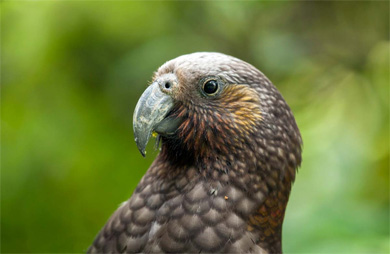 Vulnerable species will be brought to the brink of localised extinction with whole populations wiped out if nothing is done. The pest plague would also kill millions of other birds, native insects, bats and reptiles.

“All the indications are that this mast is on a similar scale to the previous event in 2014, which saw the launch of Battle for our Birds, though with a slightly different distribution as more seedfall is predicted in the southern South Island.”

Battle for our Birds 2016 will see DOC ramp up pest control by 500,000 hectares, to cover more than 800,000 hectares of land. Aerial 1080 operations will be backed by on-going trapping and ground control programmes.

Pilot projects will also be run to test the effectiveness of using self-resetting traps to keep pests permanently out of an area following a 1080 operation.

“DOC will monitor the pest situation to determine where best to deploy aerial 1080 – priorities will be Fiordland, Otago, South Westland, North Canterbury, Kahurangi, the lower North Island, Taranaki and Tongariro.”

Research from DOC’s 2014 Battle for our Birds programme showed breeding success rates in areas treated with 1080 were far greater than in areas with no control.

“Biodegradable 1080 remains the safest, most efficient and effective method of pest control in the rugged backcountry of New Zealand and we must use it if we are to protect our precious native creatures from the effect of the beech mast – we simply can’t allow ill-informed, unscientific campaigns to cause us to back away from what we need to do to save our taonga species.” 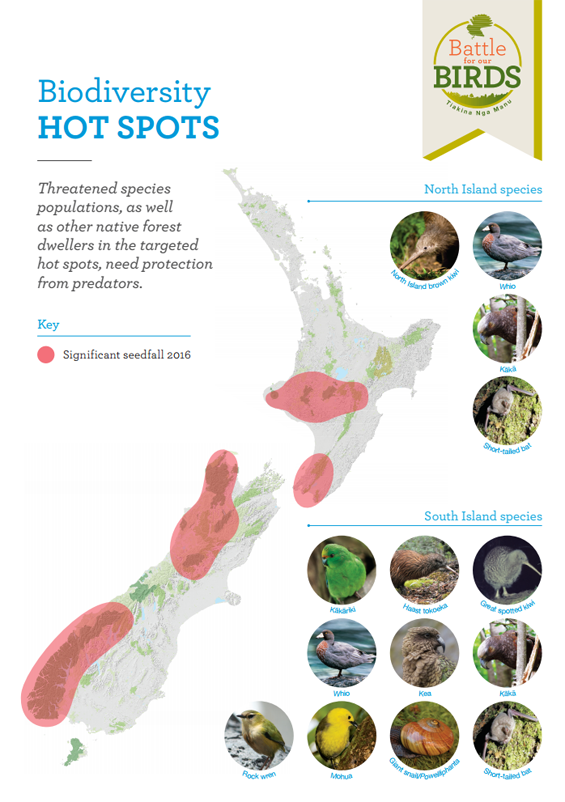