198 pilot whales have been stranded on Farewell Spit.

The sixty whales refloated last night do not appear to be in Golden Bay now.

DOC has had teams scouring the beaches and sent up a fixed wing plane as soon as it was light enough and they are all reporting no sign of the whales. 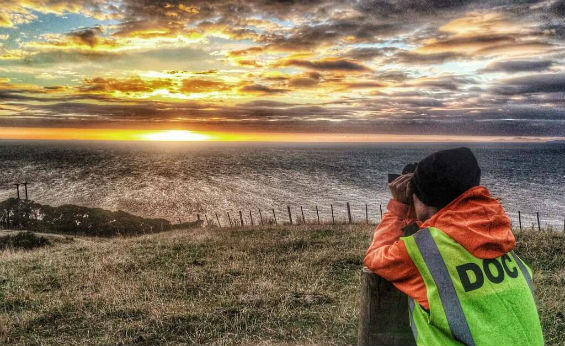 Sixty pilot whales have been refloated at Golden Bay

The refloat of the stranded whales is underway now. Some whales are in pontoons and are being taken into deeper water attempting to use them to lure out the remaining whales. Slings are being used to try and lift the bigger whales which are further inshore.

The teams are reallocating people constantly to assist in moving the whales to deeper water. Conditions have been good for the whales all day with overcast skies and light rain so the whales are in reasonable condition.

We are looking for another refloat effort on tomorrow mornings high tide if they come ashore again overnight.

Last night the surviving whales were refloated. People worked until about 8pm.

Unfortunately, the whales restranded, this time closer to the base of Farewell Spit.

Staff and volunteers from Project Jonah and the public were back working to refloat the whales at 5am this morning. So far, 103 whales are confirmed dead.

At the moment, people are working with about 60 living whales, watering them down and keeping them covered. It is very cold and windy at the site.

Another refloat will be attempted this evening around the high tide, which will be about 6pm. 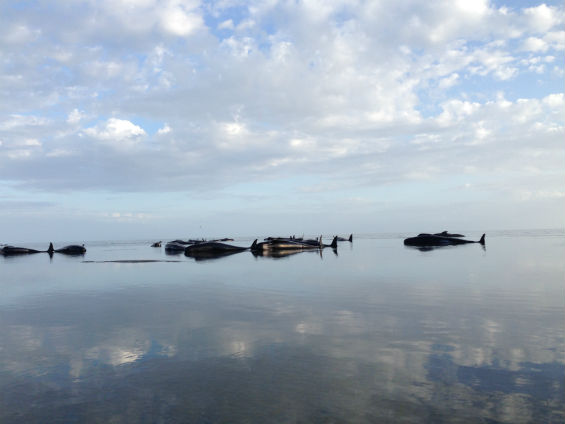 198 pilot whales have been stranded on Farewell Spit today (13 February). 24 of these whales have now died.

The Department of Conservation’s Golden Bay Conservation Services Manager Andrew Lamason says staff and Project Jonah volunteers will attempt to refloat the whales as the tide rises around 5pm this evening.

Andrew Lamason says help from the general public was not needed today.

“Re-floating stranded whales is a difficult and potentially dangerous job, so it’s important we have the right people on the ground tonight trying to get these whales back to safety,” said Andrew Lamason.

“Community group Project Jonah has 140 volunteers in the Golden Bay area who are trained to do this and we’re working alongside them.”

If tonight’s refloat is not successful, members of the public may be needed between 8am and 3pm tomorrow (Saturday 14 February) to help keep the whales cool and wet until the next high tide.

“People should bring buckets, spades and old sheets. A bus will be put on from Triangle Flat at the base of Farewell Spit. People need to be prepared with sunscreen, hats, water, food and warm clothing if they want to assist. Wetsuits are not necessary,” said Mr Lamason.

The whales stranded about 6km along on the inner beach from Farewell Spit.

DOC staff were alerted to the stranding this morning.