The planting, which took place by the fort at Narrow Neck Beach in Auckland, was part of the Keep New Zealand Beautiful Arbor Week initiative, which was developed alongside Paper4trees. 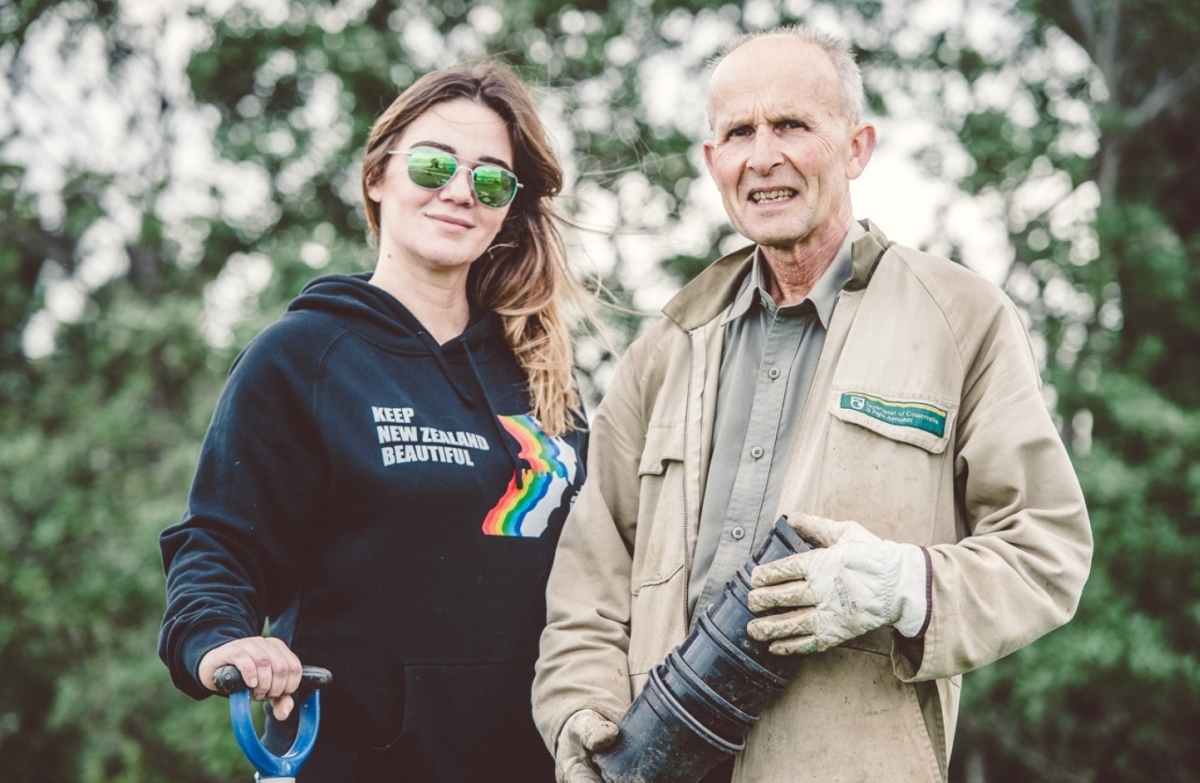 DOC Ranger Stephen Benham said the site was chosen as it is important to replenish vegetation along the cliff’s edge.  “Cracks start to form by the cliff edge, and bit by bit it slowly starts to erode away,” says Mr Benham. He says, by planting the seedlings they are helping protect and preserve the embankment for years to come.

New Shoots Childcare brought along 24 children to help with the planting at Narrow Neck.  Owner Kelly Seaburg said being involved in Arbor Week is important to help the children understand more about nature.  “Arbor Week is such a great opportunity for the kids to have hands on experience planting, and learn about the importance of trees,” says Ms Seaburg.

Keep New Zealand Beautiful General Manager, Heather Saunderson says not only is tree planting great for the environment, but participation in Arbor Week helps community members feel good about the place they live and work. “So far nearly 900 plants have been donated by Paper4trees schools and preschools for the Arbor Week events” says Ms. Saunderson.

Paper4trees is a waste minimisation and tree planting programme free to New Zealand schools and preschools whereby they are given 45 litre classroom recycling bins.  National Programme Manager, Hope Lawsen says “As an incentive to recycle all the paper and cardboard they use, we reward them with one native tree/plant for every two cubic metres of paper and cardboard they recycle or divert from landfill.”

Ms Lawsen says the programme has been running since 2001 so some schools are running out of room for trees so they have asked us to donate their trees to a community project that will benefit from them. “This year, we have partnered with Keep New Zealand Beautiful to donate trees from schools around the country to the Arbor Week Initiative,” says Ms Lawsen.

Learn about sourcing and growing local plants for your restoration project.