The rarest of our parakeets, they can breed for 18 months straight if food is plentiful.

Although kākāriki karaka are now confined to these few valleys, historic records suggest that in the later years of the 1800s, when beech seed was bountiful during mast years, the parakeets would have a breeding boom and disperse onto the Canterbury Plains. 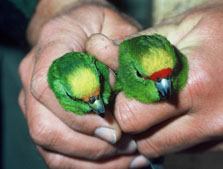 Introduced predators and habitat destruction are the main reasons for decline. Predators like stoats and rats are excellent hunters both on the ground and in trees and prey on parakeets as they nest and roost in tree holes. Eggs and nestlings are also preyed on by possums, and cats love catching unsuspecting fledglings.

Orange-fronted parakeets are especially at risk from rat and stoat plagues caused by beech forest seeding or masts. We lost 85% of one valley population due to a single rat plague in 2001.

Vast areas of native forest have been felled or burnt off by humans, decreasing the area available for parakeets. Possums, deer and stock add to the problem by browsing on plants and changing the forest structure.

Nine parakeet nests in the Maruia valley were monitored though a 1080 operation designed to suppress a rat plague in November 2009. One nest was eaten by either a rat or a stoat but the other eight were fine. Without 1080 we would have no viable orange-fronted parakeet populations left on the mainland.

We aim to ensure the survival of orange-fronted parakeets both on the mainland and on predator-free islands. All known populations are closely monitored. Research focuses on their breeding by doing nest searches and inspecting the nest holes for their level of fledging success. 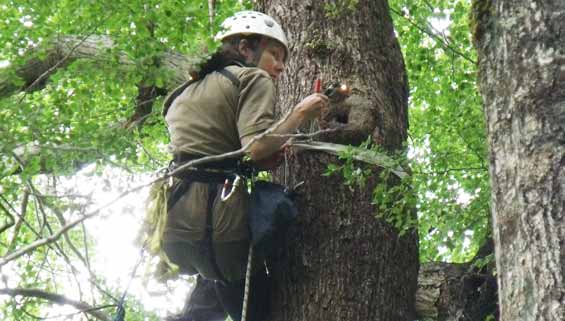 We work in partnership with The Isaacs Conservation and Wildlife Trust in Christchurch to raise orange-fronted parakeets in captivity.

A captive breeding programme was started in 2003, when eggs were taken from the wild and foster birds successfully raised the off-spring. Since then The Isaac Conservation and Wildlife Trust has bred and raised more than 400 orange-fronted parakeets for release on predator-free islands and back into Canterbury valleys. We also harvest eggs from the wild to maintain the genetic diversity of the parakeet population. 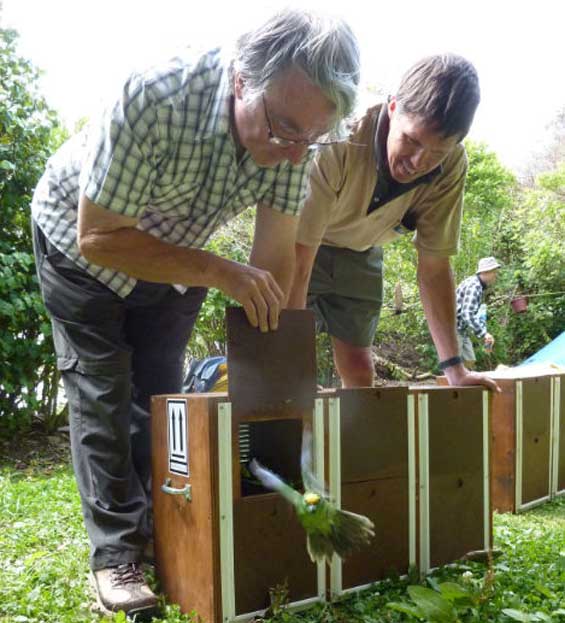 Christchurch Helicopters has partnered with the New Zealand National Parks and Conservation Foundation (NZCF) and DOC to help save orange-fronted parakeets. NZCF is a charitable trust that holds donated funds so donors have independent assurance they will be applied to DOC’s orange-fronted kakariki recovery programme.