The NZCA has 13 members appointed by the Minister of Conservation. Find out more about the current members.

Members are appointed as individuals because of their expertise, experience and links with the community. Individuals do not act as delegates promoting any cause or organisation. Rather, members work by consensus within a team. The diversity amongst members brings together a wide range of knowledge, skills and concerns. 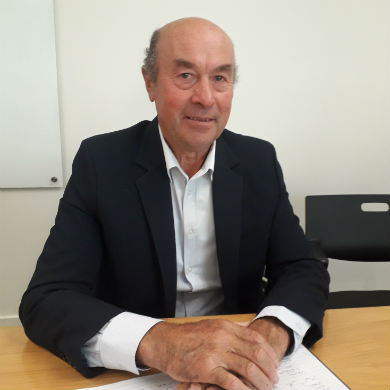 Edward was appointed by the Minister of Conservation from the public nomination process.  He is a sheep farmer on the Otago Peninsula, an active member of Otakou marae and former Deputy Kaiwhakahaere of Te Rūnanga o Ngāi Tahu, with experience in cultural advocacy, Treaty of Waitangi Claims negotiations, environmental management, policy development and governance.  He has previously served on the Otago Conservation Board, the New Zealand Conservation Authority, QEII National Trust Board, the South-East Marine Protection Forum and the Otago University Council.

He was formaly a qualified and independent RMA Hearings Commissioner with experience in policy, plan change and resource consent hearings for councils across the South Island.  He is chairperson of Otago based environmental consultancy Aukaha and the Te Rūnanga o Ngāi Tahu HSNO Committee, and holds advisory roles with the South Island High Country Forum (LINZ), the NZ Biodiversity Strategy (DOC) review and the Kāhui Kaumātua (EPA).

Edward is the NZCA's liaison person for the Chatham Islands Conservation Board.

Nicole is appointed in consultation with the Minister of Māori Development. She is the past Chair of the Northland Conservation Board and a trustee of Te Rūnanga Ā Iwi O Ngāpuhi. Nicole's current Directorships include the Ngāpuhi Asset Holding Company, Top Energy, International Accreditation Council, NorthTec and Chair of Northland Inc (Economic Development Agency).

Nicole is based in Okaihau on a farm, is passionate about restoring biodiversity, and also owns businesses in the manufacturing and retail sectors.

Nicole is the NZCA's liaison person for the Te Hiku and Northland Conservation Boards.

Tāne chairs the Whenua Hou Committee, which was formed from the Ngāi Tahu Settlement. Allowing Ngāi Tahu to have involvement with the governance, and management of Whenua Hou.

Tāne has a life time connection to the Tītī Islands, in particular the island known as Putauhinu, now known as the Rakiura Tītī Islands. He endorses this connection by chairing the Rakiura Tītī Islands Administerring Body, which administers a group of 18 islands returned from the Crown to Rakiura Māori within the Ngāi Tahu Settlement.  It is this mahi Tāne is strongly connected to, involving Rakiura Māori with concentrating on the conservation values of their islands. Participating with pest controls, taonga species recovery programs, and enhancing the biosecurity and biodiversity of the islands back to their natural state. Maintaining tikanga, whakapapa, whanaungatanga, mātauranga, values with in the Tītī whānau community.

Tāne is a registered and supportive member of the Oraka Aparima Runaka.  He is currently contracted by Te Rūnanga O Ngāi Tahu as a Works Programs Coordinator for the Rakiura Tītī Islands.

Greg is appointed from public nominations. He is the Director of the NZ Hunter magazine and host of the TVNZ Duke show, NZ Hunter Adventures. Greg is a passionate hunter as well as a keen tramper and recreationalist, having climbed all of New Zealand’s highest mountains including Aoraki/Mt Cook, Horokoau/Mt Tasman, and Tititea/Mt Aspiring.  He has also been heavily involved with volunteer conservation projects all over the country and is currently a member of the NZ Fish & Game Council and the NZ Tahr Foundation.

Sally is appointed on the recommendation of Forest & Bird. She is a barrister who specialises in environmental and public law, and has significant experience in legal and policy issues relating to conservation and environmental management.  She represented Forest & Bird in its successful Supreme Court challenge of a decision by the Department of Conservation to change the status of conservation park land in relation to the Ruataniwha Dam proposal.

Sally is the NZCA's liaison person for the Nelson Marlborough Conservation Board.

Robin is appointed on the recommendation of the Federated Mountain Clubs. Robin is a ground segment manager for rocket and satellite space missions in charge of Southland’s space activities. He has a good knowledge of conservation, and conservation legislation, conservation strategies, and General Policies. He offers insights into the tourism industry and an understanding of iwi partnership; he is the Federated Mountain Clubs lead for Te Urewera part of Ngāi Tuhoe Treaty of Waitangi.

Robin is the NZCA's liaison person for the Souhland Conservation Board.

Aroha is appointed in consultation with the Minister of Tourism. Aroha (of Ngati Awa, Ngāti Porou and Tūhourangi) is an independent researcher currently working with the Biological National Science Challenge, Bio-Protection Aotearoa Centre of Research Excellence and Wakatū. Specialising in indigenous cultural and intellectual property issues, mātauranga/Indigenous knowledge and participatory inclusive conservation. Aroha has previously served for 16 years on the Governing Council of the International Union for Conservation of Nature (IUCN) with eight of those years as elected global Chair of IUCN's Commission on Environmental, Economic and Social Policy (CEESP). Her career also spans across academia (Victoria University of Wellington) and the public service (Te Puni Kōkiri).

Tak is appointed in consultation with the Minister of Tourism. Tak (of Te Arawa, Ngati Whakaue, Ngati Hurunga, Ngati Pikiao) is the co-owner and director of the MDA Group, operating in the tourism and events sector as well as business consultancy. The parent company, MDA Experiences, is an industry leader for both luxury and adventure tourism, which has a strong focus on Māori Business Development.

Tak has spent his working life in the industry undertaking a wide range of roles from front line hosting and tour guiding to business development and marketing management. He is also internationally known in the mountain biking community.

Wendy is appointed on the recommendation of the Royal Society of New Zealand. She is a botanist and marine ecologist, and has specialised in the study of marine algae, particularly the discovery and documentation of NZ’s algal biodiversity. Wendy has participated in a range of government panels, committees, and working groups, as well as national and international science bodies.

Wendy is the NZCA's liaison person for the Wellington Conservation Board.

Shane is appointed in consultation with the Minister of Local Government. Shane has extensive experience as a Cultural Consultant, Advisor and Leader, Kaumātua and Kaiwhakahaere, Trustee, Educator and Facilitator. He has performed in several management and governance roles, overseeing complex projects and consulting on strategic initiatives.

Shane has expertise in mātauranga Māori, offering extensive knowledge of te ao Māori alongside advanced communication skills in English and Māori. Through his work he has developed and maintained relationships across a multiplicity of organisations and with a diverse range of individuals

Viv is appointed from public nominations. She is the Director of Topajka Shaw Consulting Ltd and has had extensive previous experience in leadership governance roles. She has previously been a member of the Southland Conservation Board and the Whenua Hou Committee. She is an experienced researcher and has a Diploma in Te Ara Reo.

Puke is appointed in consultation with the Minister for Māori Development. Puke is a young leader from Ruatāhuna with an intimate knowledge of traditional Māori beliefs and practices associated with the forest.

Puke is the NZCA's liaison person for the Bay of Plenty Conservation Board.

Metiria is appointed from public nominations. She is an academic, currently a Lecturer in Law at the University of Otago, and former New Zealand politician. Metiria was previously a Member of Parliament from 2002-17 and the co-leader of the Green Party from 2009-17.