The Canterbury galaxias is the most common of our non-migratory galaxiid species.

They have mottled markings all over, and of NZ's non-migratory galaxiids, they have the least amount of metallic 'galaxy' dusting over their bodies.

Their body colourings can range from differing shades of grey to brown or olive.

Canterbury galaxias (Galaxias vulgaris) can be found in streams and rivers draining the eastern side of the Southern Alps, all the way from the Clarence River in the North, to Trotters Gorge near Moeraki in the South.

They are often excluded from the main stem of rivers due to trout but can be found in the side-braids and tributaries.

Features of Canterbury galaxias include:

Their main threats are habitat loss from land development and predation by trout and eels (although some larger river habitats have enough space for galaxiids and trout to co-exist).

Other threats include changes in land use, such as stock access to streams, reduction of native vegetation, and forest harvesting.

These changes in land use impact on the streams in which galaxiids live, increasing sedimentation, changing natural flows through water abstraction, and reducing habitat available for spawning.

This map shows the known locations of Canterbury galaxias, as at 2013. 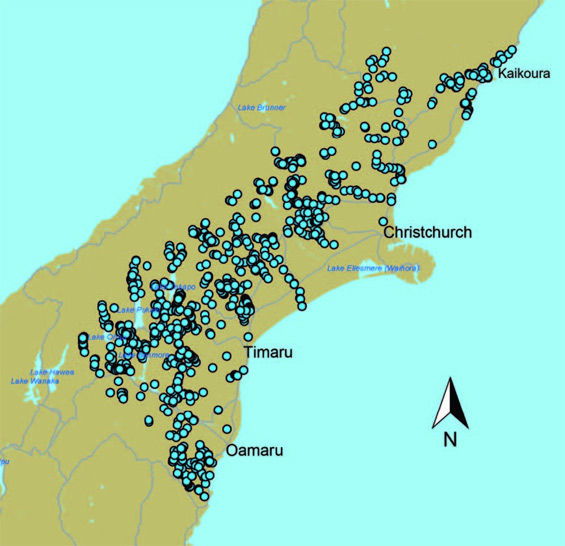