Found in: Haast Ranges, West Coast of the South Island

A shy, mountain-loving bird, the Haast tokoeka is one of our rarest kiwi. More than half the known population lives in an actively managed area of the Haast ranges, where the battle continues to save these birds from extinction.

The reclusiveness of Haast tokoeka makes it difficult to work with but so does the inhospitable environment in which it makes a home - the steep terrain and frequently cold, bad weather of the mountainous South Westland is not for everyone.

Most of the area in which Haast tokoeka are found is covered by the Haast Kiwi Sanctuary, where they are actively managed in situ and through Operation Nest Egg and a 12,000 ha stoat trapping programme.

Haast tokoeka are the first-equal endangered kiwi. Stoats are the main cause of death for many chicks. The Fiordland tokoeka forms are still relatively numerous compared to Haast tokoeka and are often heard along the Milford Track. 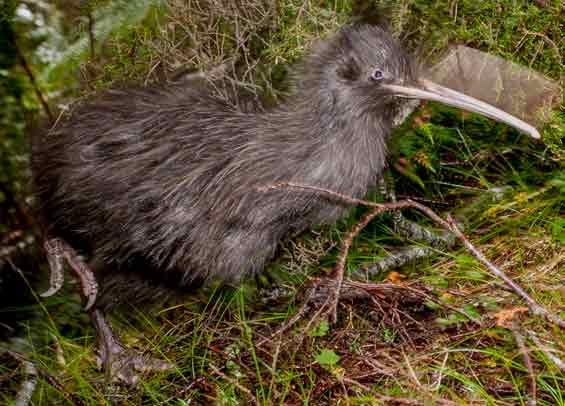 Fiordland tokoeka after being fitted with a transmitter
Image: James Reardon

The Rakiura (Stewart Island) tokoeka are unusual among kiwi for being active during the daytime.

A closer look at their family structure reveals other unique characteristics. The forms in Fiordland and on Rakiura live in family groups, with an alpha male and female.

Their offspring stay in the territory, perhaps for up to seven years, acting as 'helpers' with incubation by sitting on the egg for a small part of the day. Sharing the duties in this way means it is not unusual for breeding pairs to have two clutches in a season. 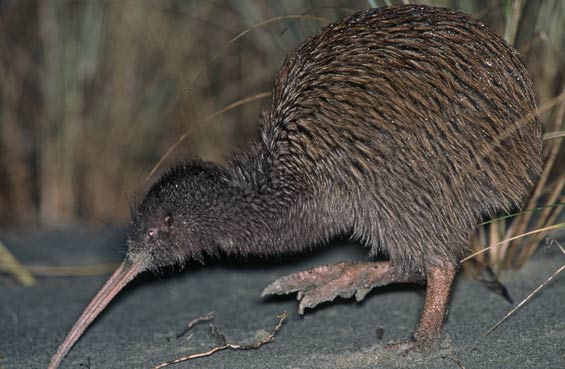 Rakiura (Stewart Island) tokoeka looking for food in the sand

Save Our Iconic Kiwi

Kiwi conservation under the banner 'Save our Iconic Kiwi' aims to halt the decline of kiwi numbers.

View the taxon plan for the recovery of northern and southern Fiordland tokoeka, 2015–2025.

It’s been a busy winter at Shy Lake as we follow the southern Fiordland tokoeka through our first monitored breeding season.