The largest of our kiwi species, great spotted kiwi/roroa live largely at higher altitudes in some South Island national parks. Despite their size, chicks are still vulnerable to stoats, particularly during South Island beech mast conditions.

The great spotted kiwi/roroa (Apteryx haastii) lives in the northern half of the South Island. They are found almost as far as Greymouth, Arthur's Pass and North Canterbury.

Trampers on the Heaphy Track may have heard the trilling call of roroa after nightfall, or the sound of them rustling through the bush. Although present from sea level to 1,500 metres, they mainly frequent the subalpine zone of 700-1,100 metres, using a wide variety of habitats.

This chosen harsh environment could be one of their best defences against predators - conditions are tough even for a stoat, dog or cat. Indeed, although roroa are our least known species of kiwi, their numbers appear to be stable.

At nesting time, incubation is more or less shared equally between the male and female parents. 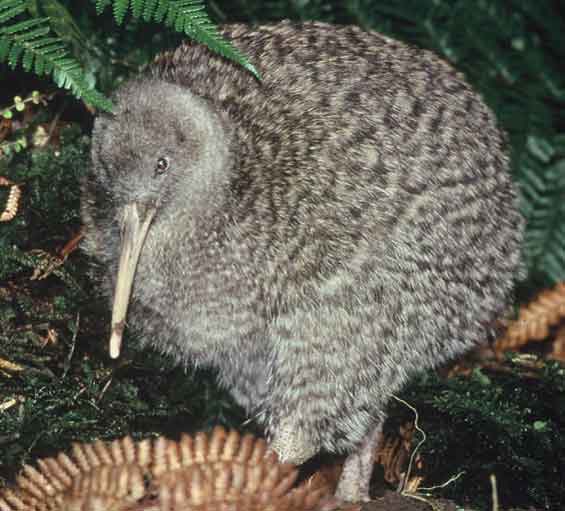