Paparoa ranges in the evening light

Travelling through the area gives you spectacular views over the Grey Valley and Southern Alps, stretching from the main divide to the Tasman Sea. Discover the rich gold mining history, beautiful native forests, and enjoy a great range of recreational activities.

Find things to do and places to stay Southern Paparoa Range

The Croesus and Moonlight tracks traverse a range of vegetation types that reflect changes in altitude and proximity to the coast or to river valleys.

Introduced deer, goats and possums may be seen in the forest and out on the tops.

The Southern Paparoa Range mainly consists of sedimentary rocks, formed on ancient sea beds and later thrust up by tectonic forces. Hard mudstone dominates, but some limestone, sandstone, conglomerates and coal seams may be found, along with occasional quartz outcrops.

The Paparoa Wildlife Trust monitors great spotted kiwi/roroa (Apteryx haastii) and blue duck/whio (Hymenolaimus malacorhynchos) in the Croesus/ Moonlight area. These birds have been in dramatic decline in this area and the Trust aims to reverse this trend.

The project has over 1400 traps over an area of 13,000 ha across the Southern Paparoas. These are serviced by members of the Trust on a regular basis.

In the early days of European settlement, tracks known as 'pack tracks' or 'bridle paths' were built to open up the back blocks for mining, farming, tourism and other commerce. Horses were commonly used to access timber and mining sites, as well as transporting goods and equipment throughout the country.

Stonework cuttings and rockwork were skilfully built using various traditional building techniques on the tracks, many of which are still used today. The Croesus Track, built between 1880 and 1899, is one of the best surviving examples of a pack track in New Zealand.

The Moonlight goldfield was one of the richest alluvial strikes on the West Coast and was famous for producing large nuggets. Stone heaps and evidence of water channels are obvious alongside the Moonlight walking track only a few minutes from the car park.

George Moonlight proved to be an excellent gold prospector, and his name was given to the area along with several other places throughout New Zealand. The Anderson's flat area was named after the Anderson family, one of a number of families that made a good living near the flat where the Moonlight Pack Track begins. 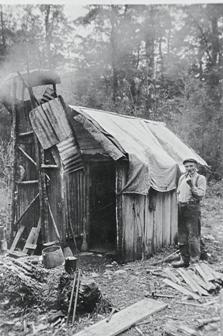 Andrew Gordon at his hut in Moonlight Goldfield. 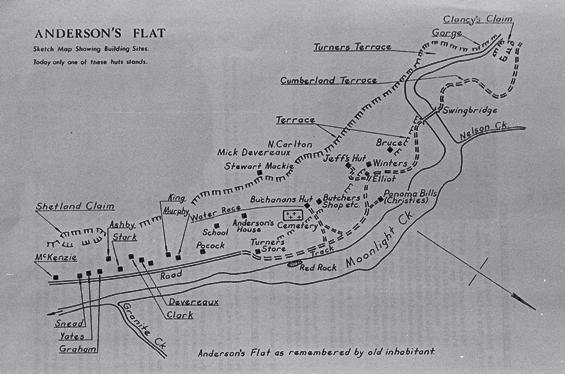 The Croesus and Moonlight area was known for both quartz and alluvial gold mining and pack tracks were established to facilitate access to the gold mining areas.

Look out for relics such as:

Get a taste of what life was like for miners by visiting the historic Garden Gully Hut, the last of five huts built in Garden Gully in the 1930s. Or spend the night in the historic Croesus Top Hut, a basic hut on the Moonlight/Croesus Route.

The Southern Paparoa Ranges are north of Greymouth and can be accessed via:

The Croesus/Moonlight area is within the Paparoa Ranges. Sudden weather changes are the norm and snow is possible at any time of the year. Rain can quickly make even small streams treacherous to cross. Even on fine days, mist can rise to cloud on the mountain tops making navigation difficult.

If walking or riding any of the tracks or routes in the area you are advised to carry: