Remote, rugged and windswept, Campbell Island is one of the cornerstones of New Zealand’s subantarctic World Heritage Site. It is the most southerly of the five New Zealand subantarctic groups.

It is best known as the home of the albatross, with six species in residence, including the largest albatross: the southern royal. Campbell Island also has a long history of sealing, whaling and farming.

The Campbell Island/Moutere Ihupuku Marine Reserve was created in 2014.

Campbell Island covers 11,300 ha and is the main island of the Campbell Island group. It is surrounded by a number of rocks and islets, principally, Dent Island, Folly Island, Isle de Jeanette Marie and Jacquemart Island. A small unnamed rock in the group, located 50m south from Jacquemart Island, represents the southernmost territory of New Zealand (outside of Antarctic claims).

Campbell Island is steep and rugged, rising to 569 m at Mount Honey in the south. Most of the island is surrounded by cliffs which rise to over 300 m in places on the south and western sides.

There are three harbours cutting into the eastern side of the island. Perseverance is the largest, along with unimaginatively named North East and South East Harbours. A large open bay on the North West of the island is predictably called North West Bay. 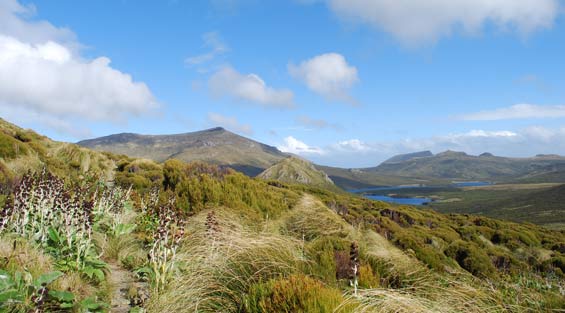 In 1954 the islands were gazetted as a nature reserve.

Cats, which had been introduced during the farming days, died for an unknown reason prior to the mid-1990s. In 2001 Norway rats were eradicated from the island in the world's largest rat eradication project. The island's rat-free status was confirmed in 2006.

Since the eradication, vegetation and invertebrates have been recovering, seabirds have been returning and the Campbell Island teal, the world's rarest duck, has been reintroduced and the snipe and pipit have reintroduced themselves from the predator-free outlying islands.

The island has a cold, cloudy, wet and windy climate. It receives only 650 hours of bright sunshine annually and it can expect less than an hour's sunshine on 215 days (59%) of the year.

Rain falls on an average of 325 days a year and wind gusts reach over 96 km per hour on at least 100 days each year. Variations in daily and annual temperatures are small, with a mean annual temperature of 6°C , rarely rising above 12°C.

Campbell Island is home to six species of albatross, including black-browed, greyheaded, lightmantled sooty and a small population of Gibson's Wandering albatross.

Campbell Island teal (Anas nesiotis) were reintroduced to Campbell Island in 2004 after an absence of many years. Previously, Campbell Island’s huge population of Norway rats wiped this small, flightless, nocturnal species of duck off the island. Only when the rats were eradicated could they be returned. 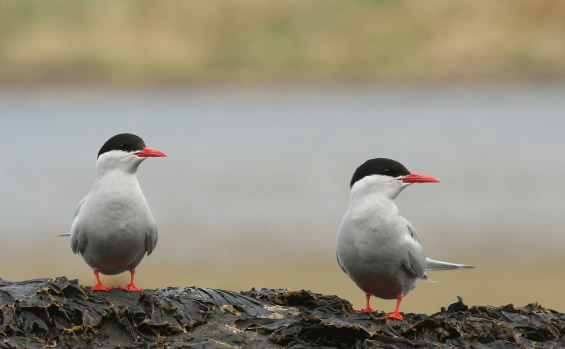 Since Campbell Island’s rat eradication Campbell Island snipe have begun naturally re-introducing themselves to the main island where they are recolonising rapidly.

Campbell Island was described by the English botanist Joseph Hooker as having a "flora display second to none outside the tropics."

Campbell Island has around 128 native vascular plants, which include several endemic herbs and grasses. Largely due to the farming attempts, there are approximately 50 species of introduced plants on the island.

Campbell Island is known for its megaherbs – herbaceous, perennial wildflowers characterised by their great size, with huge leaves and very colourful flowers, which have developed as an adaptation to the harsh weather conditions on the islands.

The streams and tarns of Campbell Island are home to a moderately diverse community of freshwater invertebrates– many of which are endemic to the island (ie, found only there).

An identification key for the Island’s freshwater fauna has been produced by EOS Ecology. 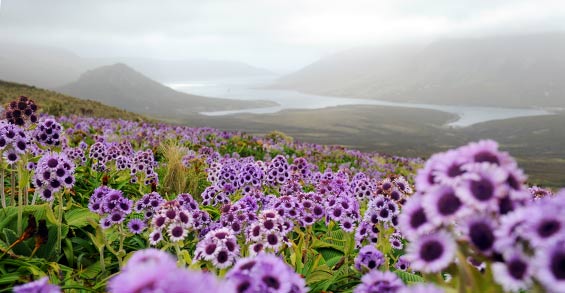 Megaherb field of pleurophyllum speciosum on Campbell Island. The island was described by English botanist Joseph Hooker as having a "flora display second to none outside the tropics. Photo: Stephen Jaquiery, ODT."

Campbell Island has a long history of sealing, whaling and farming

Campbell Island was discovered in January 1810 by Captain Frederick Hasselburgh of the sealing brig 'Perseverance'. Hasselburg named the island after his employers Robert Campbell & Co. of Sydney.

On a visit later that year, Captain Hasselburg, along with two others, were drowned when their boat capsized in Perseverance Harbour. One of these was a woman called Elizabeth Farr who is buried on the island. This led to the myth of the "Lady of the Heather", the supposedly marooned daughter of bonnie prince Charlie.

Sealing was the first industry on Campbell Island and once the seals were wiped out it was replaced by whaling. Campbell Island is one of the main breeding grounds for the southern right whales. At one time two whaling stations worked the islands, one in NW Bay and one in NE Harbour.

Rats were introduced soon after the islands discovery and were well established at the time of the first scientific expedition to the island in 1840. By this time they had wiped out all the island's land birds. Sheep, goats and pigs had been introduced prior to 1895. However, it was after 1895 that rapid and widespread changes to Campbell Island’s vegetation occurred with the advent of farming.

Farming started on the island in 1895 with the lease going through several owners before it was finally abandoned in 1931. An unreliable transport system, accidents and a world-wide recession made farming uneconomic.

Visiting the subantarctic islands is a privilege and a responsibility. To enter these islands and surrounding waters you need to consult with DOC and obtain the relevant permits.

Help us protect the subantarctic islands. Follow these guidelines to minimise the impact of your visit on this outstanding environment.

Media release 22 June 2020: The Campbell Island/Moutere Ihupuku Marine Reserve will not be extended to the remaining 61% of the island group’s territorial sea under the Subantarctic Islands Marine Reserves Act.