Wildlife gets a helping hand. 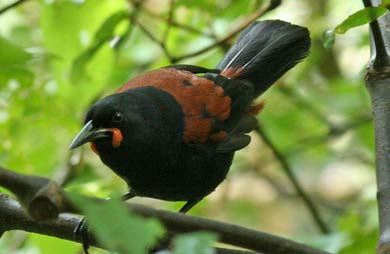 You are on your way, having arrived at Ship Cove Saddle viewing platform. There's a 'window view' through the trees to Motuara Island.

The island is a great example of how nature can flourish when predators and pests have all been removed.

In the late 1880s Motuara Island was cleared of native forest for farming. It was later abandoned, stock removed, and the pasture left to regenerate. Despite vigorous growth to tall native forest, the island was not able to fully regenerate, or be utilised as a wildlife sanctuary, until every last predator and pest was gone.

"For many years Motuara was burned and grazed, but in 1913 the last of the animals were taken off. Native forest quickly regenerated. However, some of the species known from forests on the mainland failed to establish.

In 1991 a wildlife sanctuary was established on the island through the eradication of the Polynesian rat - kiore - and it was only then that the missing plants started to grow – the nīkau, miro and kohekohe. It seems that kererū had been transporting seed across from the mainland, but the rats would eat the seed and there was no chance for germination!