Experts from inside and outside DOC advise the Kākāpō Recovery Team.

In 1989, a kākāpō recovery plan was developed that set out research and management priorities through to 1994. A subsequent workshop identified required changes to the plan, and the Kākāpō Recovery Group was formed. It meets twice a year.

As kākāpō numbers have grown, and the proportion of females in the population has increased, our focus has shifted to ensuring long-term viability. We aim to reduce inbreeding, increase hatching success and find new sites that could support kākāpō. Science continues to have an important part to play.

Jacqueline has been a member of the Kākāpō Recovery Group since 2001 and became chair in 2021. She is an Associate Professor and conservation ecologist based at the University of Auckland.

She’s currently collaborating on a study of the movement ecology of kākā on Great Barrier Island/Aotea Island.

Much of Jacqueline’s research has been on the ecology and control of invasive invertebrates – particularly wasps. She also studies the role of invertebrates in ecosystem function, such as pollination and decomposition, and the restoration of natural ecosystems.

Mick Clout has chaired the Kākāpō Recovery Group since 1995, when there were only 51 kākāpō in the world. He stepped down as chair in 2021.

He’s a vertebrate ecologist, specialising in the ecology and conservation of native birds and the behaviour and control of introduced mammals. Mick is Professor of Conservation Ecology at the University of Auckland and is the Royal Society of NZ representative on the NZ Conservation Authority.

He studied Ecological Science at Edinburgh University and obtained his PhD from the University of Auckland. He worked in the Ecology Division, Department of Scientific and Industrial Research, and at DOC as Manager of Research.

Mick founded the Invasive Species Specialist Group of SSC/IUCN, which he chaired for 15 years.

John Innes is a scientist at Landcare Research, Hamilton. For three decades, he has worked with the diagnosis and reversal of mainland fauna declines.

His research with North Island kōkako clarified the key decline agent roles of ship rats and possums. It resulted in experimental management that recovered kōkako and spurred the development of mainland islands for broader objectives.

John has been on the Kōkako Recovery Group since its inception, as well as the kakī (black stilt) and kākāpō teams. He has worked with dabchick/weweia, black-billed gull/tarāpuka, New Zealand pigeon/kererū and tūī.

He currently leads a research programme aimed at helping mainland sanctuaries of various kinds. He runs a website and an annual Sanctuaries Science Workshop for sanctuary practitioners.

Tane has represented Ngāi Tahu on the Kākāpō Recovery Group since 2005.

Through the Ngāi Tahu Deed of Settlement I have been the TRONT (Te Runanga O Ngāi Tahu) representative for the Kākāpō Recovery Programme for over a decade. We are working together to save a taonga from extinction.

Kākāpō are connected to Ngāi Tahu in a significant way through tikanga (custom), mātauranga (knowledge) and wairua (spirit). Ngāi Tahu are kaitiaki (guardians) of the kākāpō. My involvement helps ensure these cultural connections to kākāpō bring added value to preserving the mauri (life force) of these birds.

I am tangata whenua (born of the land), so connected to the whenua of the kākāpō.
I am a member and chair of the Whenua Hou Committee, a governance group overseeing the management of Whenua Hou, an island of huge significance to Ngāi Tahu iwi.
I’m also a member and chair of the Rakiura Tītī Islands Administering Body and a member of the Rakiura Predator Free Governance Group. I am a registered and supportive member of the Ōraka Aparima rūnanga.

I have a life-long history of connection to the Tītī Island Putauhinu.
I have been actively involved, hosting the 14-year sustainability research programme ‘Kia Mau te Tītī mō aki tonu atu’ (Keep the Tītī forever) with the Department of Zoology, Otago University.
I have been closely involved in the eradication of rats from three former crown Tītī Islands. Reintroducing various taonga species back to those islands once pest free has been a highlight.
I am currently contracted to TRONT as the Work Programs Coordinator for the former Crown Tītī Islands, known as the Rakiura Tītī Islands.

I am married, with a whanau of four, and three mokopuna.

Kākāpō scientist Graeme Elliott is our ideas man. He’s responsible for clever innovations, such as the ‘Boom Box’, parts of the nest kit, and for managing the various research programmes.

“It’s the promise of success that is most exciting," says Graeme. "If just one of our ideas comes off, which means we can trigger breeding in kākāpō at regular intervals, then we will have put ourselves out of a job within a decade.

“It would be good to polish off the problem by having a whole lot of extra breeding going on. Even if we just manage to make the most of the existing breeding potential, through innovations like the nest kit, then we will still be helping to guarantee the future of the species.”

Graeme spends 20% of his time working for Kākāpō Recovery, based in DOC’s Nelson office. He can often be found tinkering with high-tech electronic gadgets, processing data on his computer, or on the phone researching a new idea with fellow experts. 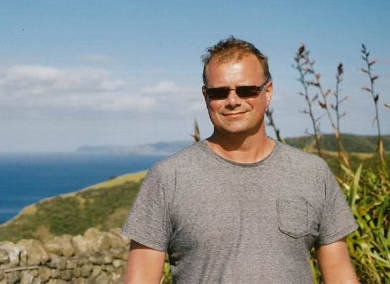 Dan Tompkins leads the science strategy for Predator Free 2050 as the Project Manager Science Strategy of Predator Free 2050 Ltd. Dan is an Honorary Professor at the University of Otago, New Zealand, and member of the International Union for Conservation of Nature (IUCN) Task Force on Synthetic Biology and Biodiversity Conservation.

“It’s every conservation biologist’s dream – the application of a wide variety of scientific fields and methods to make a real difference to the survival of an endangered species.” – Andrew Digby

Kākāpō research topics are varied: from supplementary feeding to tree phenology, avian diseases to artificial insemination and reproductive behaviour to genetics. Andrew also liaises with the many external experts who contribute to these areas.

He isn’t confined to a desk, and loves fieldwork. “Collecting data and observing a species in the field is an important part of conservation research. It’s very hard to fully understand behaviour and appreciate the conservation issues without seeing them first hand.”

“Being the Operations Manager for kākāpō and takahē keeps me absolutely flat-out busy, but it’s a rewarding challenge, helping to steer the direction for both recovery programmes – and the team is simply awesome to work with!” – Deidre Vercoe

Not many people would be keen to walk rough island tracks while eight months pregnant but, along with other members of the Kākāpō Team, Deidre is happy to live and breathe Kākāpō Recovery.

She holds everything and everyone together. She also has a technical support role, keeping up to speed with bird monitoring programmes and helping to implement research objectives.

During breeding seasons, she spends more time on the islands, involved with artificial inseminations, nest management and any artificial incubation and hand rearing.

Deidre started her involvement with Kākāpō Recovery in 2002 as a kākāpō ranger. She loved the hands-on work on the islands and living with other team members and volunteers. She took up a technical support role in the team in 2005. She became Operations Manager in 2008. Following a departmental restructure, Deidre took on the challenge of managing not one, but two complex endangered species programmes in 2013.

“It’s exciting and full on. I find it a real challenge. And coming back to see the birds after they’ve been released into the wild is great. It’s so good to see them living as normal birds doing normal things, and not being dependent on humans anymore.” – Daryl Eason

Daryl is our stand-by ‘surrogate mum’. He’s responsible for the artificial incubation and hand-rearing of any chicks or eggs that might not survive in the wild. Between breeding seasons, he oversees the ongoing management of the kākāpō population.

Each rescue is an intensive period. Daryl provides the birds with all the care and nurturing their mothers would give them. Then he teaches them how to fend for themselves in the wild.

Daryl says the skills of bird rearing come naturally to him. “It’s just something that I’ve always been interested in and wanted to do, and seem to be good at doing.” 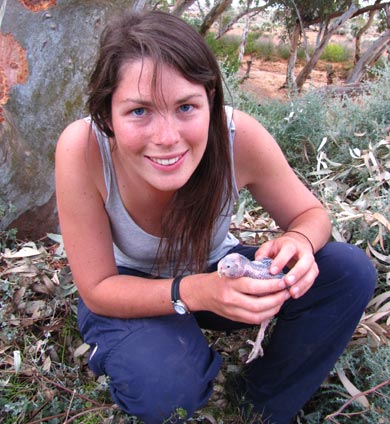 Jodie moved to New Zealand to join the team in 2018. As Senior Ranger, she will be supporting the Kākāpō Recovery Team in its technical, scientific and management work to ensure that recovery goals are achieved.

She has a background in both research and conservation, and a life-long passion for birds. In the past she has worked on diverse topics in ornithology, including behavioural ecology, bioacoustics, biotelemetry and cognition. Her experience in the field has enabled her to develop a range of technical skills and knowledge that she looks forward to applying in her role.

Jodie first came to New Zealand in 2007 as an international student at the University of Auckland, where she was inspired by the work of Kākāpō Recovery, and the innovative methods used to manage the population. She is delighted to join the team and contribute to the conservation of this iconic species.