Rats on the rise in Fiordland National Park

Pest control has been confirmed for the Kepler Mountains and Eglinton valley in Fiordland National Park this spring to protect vulnerable wildlife from a predator plague fuelled by forest seeding. 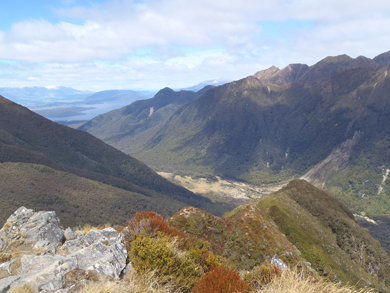 These sites were proposed as part of the Department of Conservation's Battle for our Birds programme in July with the need for pest control dependant on August monitoring results.

"Rats are tracking up to 22% in the Kepler Mountains, which is an increase from 4% in May. Similar increases have been recorded in the Eglinton valley."

"Without predator control at these sites rat numbers will continue to rise rapidly and cause a spike in stoat numbers in spring when our native birds and bats are raising their young, and are at their most vulnerable."

The Kepler Mountains and Eglinton valley are home to a number of threatened species that will benefit from control of rats, stoats and possums, including mohua, kākā, kea, whio/blue duck, Fiordland tokoeka and two species of native bat.

Monitoring has shown long and short-tailed bat populations steadily increase as a result of predator control in the Eglinton valley, which included aerial 1080 in 2014.

Aerial operations using biodegradable 1080 have been confirmed at more than 20 sites, over 840,000 hectares, across the country to protect our most vulnerable populations of native species. Use of 1080 applied by air will be backed up by ground control using methods like traps and bait stations over a further 70,000 hectares.

Battle for our Birds is one of many programmes that support DOC's goal of protecting threatened species and making New Zealand predator free by 2050.