Battle for our Birds 2016 operations begin

Date:  21 July 2016 Source:  Office of the Minister of Conservation

Battle for our Birds 2016 will protect our nation’s most vulnerable native species from the potentially catastrophic explosion of rats and stoats in New Zealand forests as a result of a beech mast event.

At an event at Bob’s Cove near Queenstown today Ms Barry announced aerial 1080 drops have been confirmed for 19 sites covering more than 720,000 hectares of high value land.

Heavy seedfalls, or masts, are triggered by climatic conditions and the sudden abundance of food triggers rats to breed to plague proportions, also leading to a rapid increase in stoat numbers.

“Doing nothing to prevent these vermin from decimating native birdlife is not an option,” Ms Barry says.

“The Government has committed $20.7 million from Budget 2016 to fund Battle for our Birds 2016 and DOC is committed to ensuring we safeguard our natural heritage.

“We’ll not only be saving 12 priority species from the real risk of local extinction but the landscape-scale pest control will support the entire native ecosystem.”

Kea - one of the 12 priority species
Image: Sabine Bernert  © 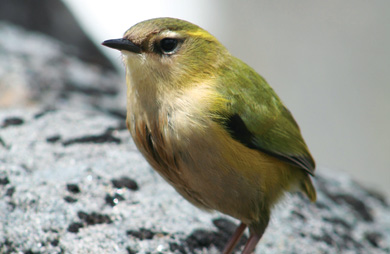 An additional 10 sites covering 200,000 hectares will be monitored for rodent numbers and will see 1080 treatment if pest numbers reach levels that threaten local populations of native species.

“The first operation, in Kahurangi National Park, is expected to get underway next week and drops will continue through the winter,” Ms Barry says.

“They will be backed up with expanded trapping networks, including deployment of newly operational self-resetting traps which significantly increase the efficiency of a network.”

Mohua in the Dart and Routeburn valleys raised on average double the number of chicks after 1080 treatment than in areas it wasn’t used.

The summer after the operation resulted in 89% of mohua nests producing chicks and 97% of adults surviving, putting the population on an upward path.

More common forest birds also benefitted – South Island robins raise seven times the number of chicks after 1080 pest control than in areas where predators have not been controlled.

“If we didn’t use 1080 to knock down predator populations many precious taonga native species would be extinct by now. It really is that simple. We will not back away from using 1080 at this stage – we can’t ignore the science and stand by while our treasured native species are hit by another predator plague pushing them into further decline and possible extinction.”