A rat and mice have been caught on the predator-free Adele Island in Abel Tasman National Park.

The Department of Conservation is reminding visitors to Abel Tasman National Park’s predator-free islands to make sure no rodents are on board their boats after a rat and 13 mice were caught on Adele Island/Motuarero-nui.

DOC has been working with partners the Abel Tasman Birdsong Trust and Project Janszoon in stepping up efforts to detect and catch predators on the island wildlife sanctuary after a rat was found dead in a trap there in mid-February. The 13 mice were later also caught in traps.

Extra tracking tunnels to detect rodents and traps to catch them have been put in. A predator tracking dog is also being used to search for rats and mice. 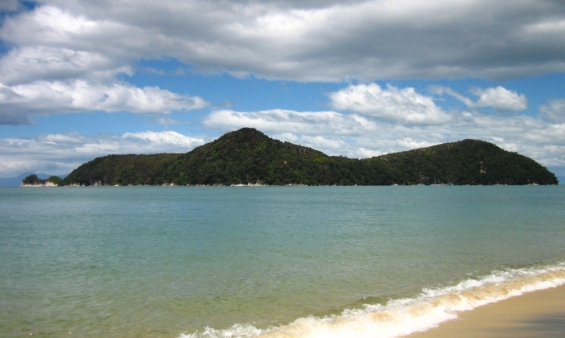 DOC Motueka Conservation Services Manager Chris Golding said it was likely the rat caught was the only one on the island but there could be more mice and efforts were continuing to find and catch any more mice.

"The tracking and trapping systems on Adele Island are doing their job in detecting and catching predators. We are particularly concerned to determine the extent of the mice numbers on the island."

"Predator incursions are an ongoing threat to island sanctuaries. Rats are a threat to South Island robins and saddlebacks that have been returned to Adele Island and to other birdlife, lizards, and insects.  Mice eat seeds, suppressing re-vegetation, and they prey on insects, kill lizards and can eat small birds’ eggs and nestlings."

"Rats and mice can be carried onto islands on board boats and kayaks. We urge visitors to Adele and nearby Fisherman Island to help protect these island sanctuaries by not inadvertently carrying pests onto them."

People planning to visit the islands should check before going out on the water that boats, kayaks, all bags, containers, food and gear are clear of mice, rats, ants, spiders or other animals. All clothing, footwear and gear should be free of soil and plant material, including seeds and foliage.

A rat and a stoat have previously been found dead in traps on Adele, the rat in February 2012 and the stoat in January 2013.

The Abel Tasman Birdsong Trust carries out trapping along the national park coast to help prevent predators swimming the 800 metres across to Adele Island and to Fisherman Island.

Abel Tasman Birdsong Trust chair Kim McGlashen said the latest rat and mice incursion on Adele had prompted to the Trust to look for suitable rodent poison bait packs to give to boat owners to encourage control of rodents on boats.

"We plan to initially give these bait packs free to boat owners leaving popular boat launching sites and marinas for Abel Tasman National Park. We hope this will help prevent rats and mice getting onto the park’s islands."

The park’s Adele, Fisherman and Tonga Islands were cleared of rodents in a 2007 DOC operation to enable them to become island wildlife sanctuaries. Stoats were removed from 87-hectare Adele Island through trapping assisted by the Marahau community.