Department of Conservation (DOC) rangers will transfer the kiwi to the ecosanctuary on 17 March. The young birds will be reared in a predator-free enclosure until they are large enough to defend themselves from the biggest threat to their survival—stoats. 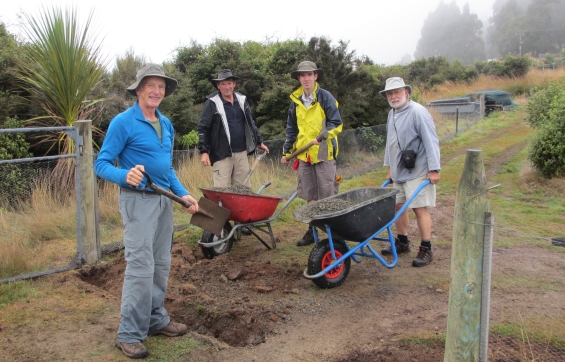 “This facility will provide a vital, safe environment where these vulnerable young birds can learn and grow,” says DOC ranger Jacinda Amey.

“Left in their natural home in the Haast Ranges, 95% of these birds would die before they reached adulthood. With a population of just 400, we have to do all we can to give every new bird the best possible chance of survival.”

As part of DOC’s BNZ Operation Nest Egg programme, these rare birds were hatched at the West Coast Wildlife Centre in Franz Josef.

“The Haast tokoeka were collected from the wild as eggs in order to greatly boost their chances of making it to adulthood from 5% to 65%,” says Jacinda.

“DOC will return these precious birds to Haast Kiwi Sanctuary once they reach around 1 year old or over 1kg, where they can, in time, add to the wild breeding population.”

Orokonui staff and volunteers have been working hard to create the 15ha crèche by building a low fence within the ecosanctuary. The fence includes a gravel covered mesh ‘skirt’ on each side to stop adult kiwi burrowing into the crèche and young kiwi from burrowing out. 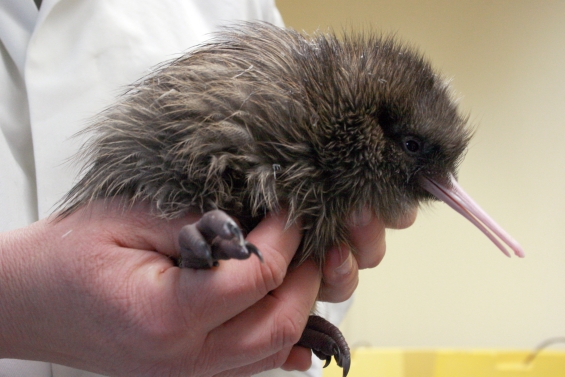 Ecosanctuary general manager, Chris Baillie, says “We couldn’t have completed the crèche fence in time without a huge effort from the skilled volunteers who assisted our staff”.

Chris stresses to the public that “although the crèche is located in our most public area at the top of the ecosanctuary, this is first and foremost a conservation project for one of the world’s rarest kiwi. While we would love for more people to see our national icon we need to see how the young kiwi settle in before we can say what visitors may be likely to encounter”.

Kiwis for kiwi is a national charity that raises and distributes funds to kiwi conservation projects across New Zealand. Established in October 2012, it continues more than two decades of work by BNZ Save the Kiwi Trust to help protect kiwi and the places they live.

BNZ Operation Nest Egg is a powerful tool to reverse the decline of kiwi populations. Eggs and chicks are harvested from nests to save them from stoats and cats. The young kiwi are returned to the wild when they weight about 1kg, big enough to fight off these predators. More than 2000 kiwi chicks have been returned to the wild since its inception in 1994, with captive facilities and hundreds of field workers from DOC and community groups throughout the country contributing to its success