Taieri flathead galaxias have a distinctly flattened head and a pointy nose, giving them a rather snooty look.

They have an olive-grey to golden brown body with dark-brown camouflage markings over their entire body.

Taieri flathead galaxias (Galaxias depressiceps) are found in tributaries of the Taieri, Waikouaiti and Shag rivers, and as far as Akatore Creek in the north. They make their home in headwater streams that are small enough to step across and are surrounded by grasses and tussock.

Features of Taieri flathead galaxias include:

Over the last decade, we have lost 25% of known galaxiid populations. This can be directly linked to the spread of sports fish (trout and brook char), which eat galaxiids; and changes in land use such as stock access to streams, reduction of native vegetation, land development and forest harvesting.

This map shows the known locations of Taieri flathead galaxias, as at 2013. 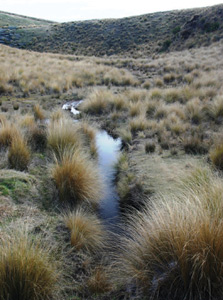 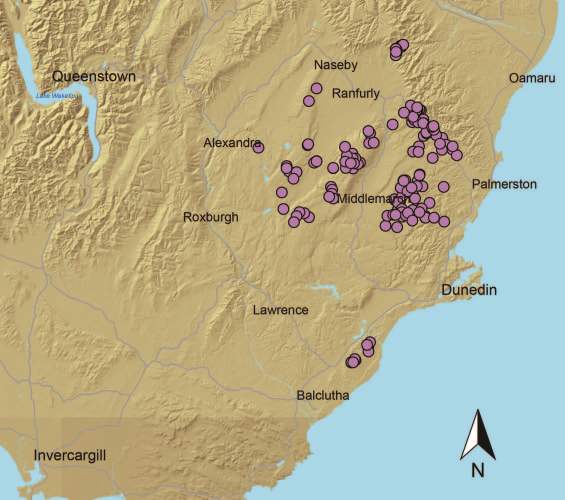