Central Otago roundheads have burnt-brown markings down their backs which cover their bodies. If you look carefully, you can see a light covering of gold or silver dusting.

Classified as ‘Nationally Endangered’, they share the same threat status as the rare South Island kākā. Their total remaining habitat can fit in an area less than 22 hectares.

Central Otago roundhead galaxias (Galaxias anomalus) live in headwater tributaries of the Taieri (upstream of Sutton) and Manuherikia rivers (tributaries of the Pool Burn and Ida Burn), with population strongholds in the Ewe Burn and Kye Burn.

They are generally found in shallow gravel- and cobble-laden headwater streams and braided rivers 350–800 m above sea level.

Features of Otago roundhead galaxias include:

Their main threats are habitat loss from land development and predation by trout.

Because they’re so short-lived, they can be really vulnerable to predation and to drought. Although some larger river habitats have enough space for galaxiids and trout to co-exist.

Changes in land use, such as stock access to streams, reduction of native vegetation, and forest harvesting are also contributing factors to its decline.

This is due to increased sedimentation in the streams in which they live, changes in natural flows through water abstraction, and reduced habitat available for spawning.

This map shows the known locations of Central Otago roundhead galaxias, as at 2013. 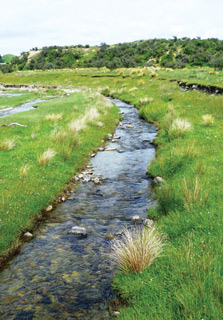 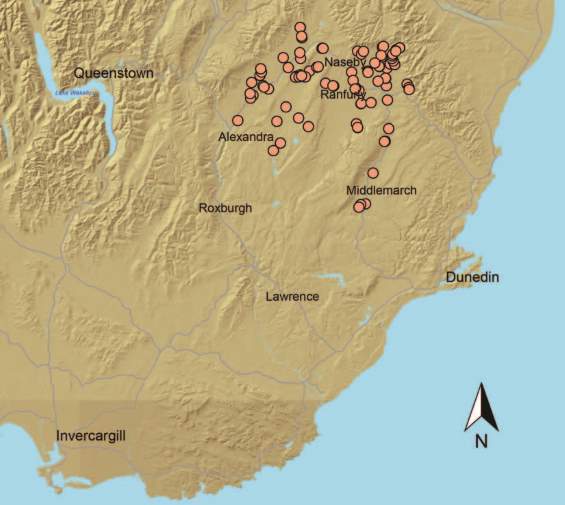