The smallest and once the commonest kiwi is vulnerable to stoats at all stages of its life.

The little spotted kiwi (Apteryx owenii) is the only species to become extinct on the mainland. The population strong-hold of 1,200 birds is on Kapiti Island, to where five birds were translocated in the early 20th century. Through more recent successful translocations, little spotted kiwi are also now found on seven other predator free offshore islands and in three mainland sanctuaries.

Adventurous and raring to go, little spotted kiwi chicks leave home to feed themselves when just 5-7 days old. However, the male parent does stay near the young chick and both return to the nest burrow to sleep for up to 60 days after hatching. 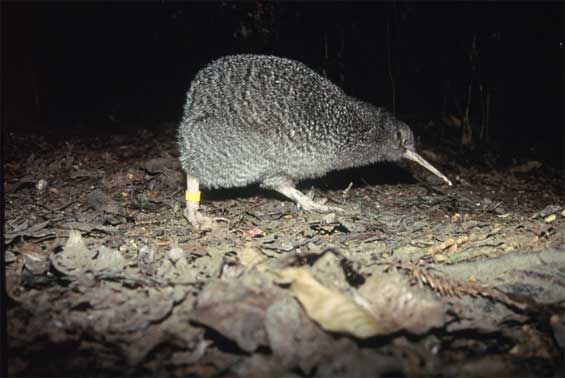