Kākāpō are solo hikers with big voices and a tendency to freeze when threatened.

Each kākāpō has its own personality. We get to know some birds well, such as the young chicks reared in captivity. They range from friendly to grumpy or just plain aloof. Some are cheeky and playful, some are explorers and several are insatiable food lovers.

Kākāpō are solitary creatures, though new evidence shows they’re not as solitary as once thought.  Females and young birds are occasionally found together in small groups of two to four, playing or hanging out in the same tree, or gathered near a food hopper. Neighbours appear to keep in touch with each other with occasional loud ‘skrarks’.

Adult males and females meet only to breed, and the females raise their chicks alone. During the day, kākāpō sleep in ground or tree-top roosts. At night, they forage for food.

Kākāpō evolved without the presence and effect of mammals. They gained weight and lost their flying ability. Now, their wings are used for balance and more graceful falls, but lighter females can manage short glides across gaps of 3–4 m.

They kept their head for heights though, using their strong claws to climb 20 m high rimu trees. They’re also excellent hikers, with large strong legs. They can walk several kilometres at a time, and turn on a fair burst of speed too.

Kākāpō freeze when they’re disturbed, relying on their mottled feathers to camouflage them. It’s an excellent defence against predators that rely on sight, such as the now-extinct Haast’s eagle and large Eyles harrier. Their nocturnal habits are also an adaptation to avoid flying daytime predators.

But introduced mammalian predators such as cats and stoats use smell to hunt, and are active day and night. That’s what makes them such a threat to the distinctive-smelling flightless kākāpō.

A kākāpō booms in his bowl
Image: Don Merton | DOC

Kākāpō are long-lived and don’t start breeding until they’re about five years old. They only breed when rimu trees put out masses of fruit (rimu mast years) – every two to four years.

Male kākāpō put on displays at fixed locations to attract female attention, and they don’t help to raise any offspring. It’s called lek breeding. No other New Zealand bird does it, and no other parrot species in the world is known to lek breed. 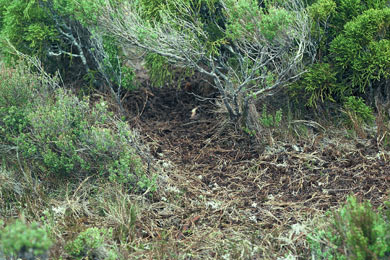 In breeding years, adult male kākāpō take to the stage in about December. Each male finds a prominent ridge, rock or hilltop with low-growing vegetation – all the better to call from. Then he forms a track-and-bowl system: a network of tracks radiating from a shallow bowl-like depression in the earth.

The primary bowl usually has a clear area of ground around it and the neatly trimmed tracks connecting two or three additional bowls, but sometimes up to ten.

Settled in his bowl, the male inflates his thoracic air sac. Then he emits a deep, low-frequency ‘boom’ every 1–2 seconds. It can be heard 300–400 m away on flat ground, or up to 5 km away in the mountains.

After 20–30 booms he makes a high-pitched metallic ‘ching’. It helps any interested females pinpoint his position.

His serenade can last for eight hours without any break, every night for two or three months.

We’re not sure which qualities make a male kākāpō more attractive. Some are clear favourites and will attract many females, while others are not selected at all.

Females can travel long distances to mate with their preferred male or males, often walking past other males in the process.

Nest are made in good shelters: hollow trees, or caves made by rocks and roots. Female kākāpō lay between one and four eggs, slightly smaller than chicken eggs. The eggs hatch after about 30 days.

As a solo parent, the female must leave her nest unattended at night to find food. Chicks fledge after about 10 weeks. The mother may keep feeding her chicks for up to six months. 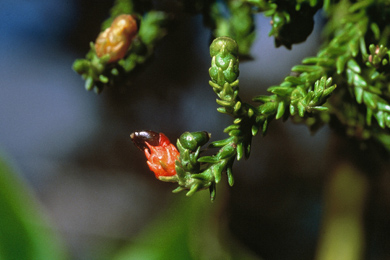 Kākāpō are herbivorous – they only eat plants.

Their diet is diverse, including fruit from the tips of high rimu branches, juicy supplejack vines and orchard tubers grubbed out of the ground.

When key food species are abundant, kākāpō will feed almost exclusively on them. And when there’s plentiful rimu fruit, a breeding season begins. 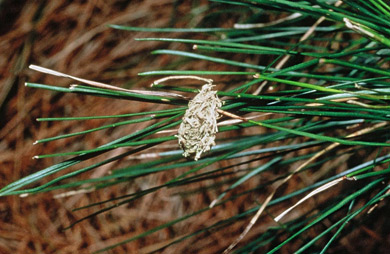 A tell-tale sign of kākāpō feeding is the small, crescent-shaped ‘chews’ they leave behind.

Kākāpō often browse tough foliage by passing it through their bill from bottom to top, using their feet to pull it through. They chew and compress the foliage against the roof of their finely ridged upper mandible and suck out the nutrients. All that’s left is a fibrous ball hanging off the plant.

We boost the kākāpō diet with specially-formulated pellets.