The upper Waitaki Basin's braided rivers are home to many invertebrates and several lizard and fish species. They are also a stronghold for several of New Zealand's most threatened birds. 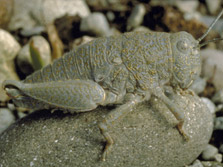 Another threatened grasshopper endemic to the area, the much smaller alpine grasshopper Sigaus minutus, is also found in riverbeds.

Recent survey work in the Tasman riverbed has revealed four new terrestrial invertebrate species - a fly, bee, bug and beetle. Analysis of the samples is still underway but of the specimens identified to date, the greatest diversity of species is in the taxonomic orders Diptera (flies) and Hymenoptera (bees and wasps), whereas the most abundant order is the Collembola (springtails). 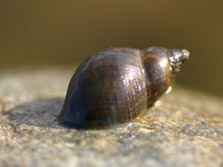 All of the aquatic invertebrate groups found in New Zealand are represented in the Waitaki Basin’s braided rivers and associated wetlands.

Nationally uncommon species are also known to be present, such as the caddisfly, Psilochorema folioharpax, which has been found in the Tasman River.

Braided riverbeds provide ideal habitat for lizards such as McCann’s skink/mokomoko which likes to use dry rocky areas for basking in the sun. The Southern Alps gecko can be found in riverbeds. The long-toed skink can be found on eroding river terraces. 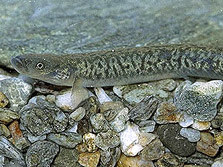 Braided rivers and their associated wetlands are home to several fish species. The non-migratory bignose galaxias is only found in this region. 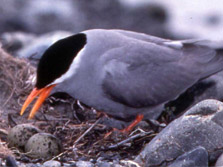 The upper Waitaki Basin’s braided river systems are a stronghold for several of New Zealand’s most threatened birds: 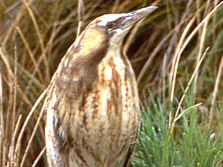 Other wading birds that can be found throughout the region’s braided rivers include:

The few remaining wetlands in the upper Waitaki Basin support nationally threatened or vulnerable wetland bird species like the Australasian bittern/matuku, the marsh crake/koitareke and the Australasian crested grebe/kāmana.

They also provide important habitat for a range of native waterfowl:

New Zealand's braided rivers are special environments. Much of the wildlife adapted to live in them is unique and many are threatened with extinction.

Many New Zealand bird species live around our wetlands and rivers.