DOC keeps a database of all seized and surrendered specimens, including elephant ivory. Fortunately, our database and anecdotal evidence suggests the market for elephant ivory in New Zealand is small. 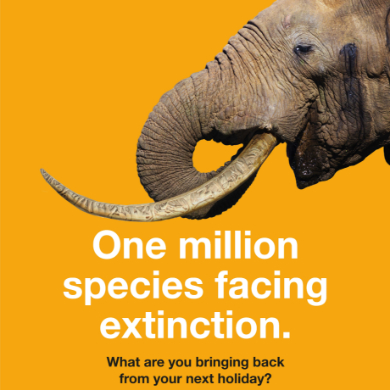 New Zealand receives, on average, around 20 legal imports of items containing elephant ivory each year. Those imports are usually made up of one or two items per shipment.

Most of the elephant ivory items that have entered New Zealand have been classified as ‘Personal Household Effects (PHE) by the Convention on International Trade in Endangered Species (CITES).

Most elephant ivory items are also classified as ‘pre-Convention’ items. This means the ivory was owned, taken from the wild or captivity before that species was listed as protected by the Convention.

Common examples of these items are pianos, bagpipes, chess sets, mah-jong sets and small carvings. Under CITES, pre-Convention items require a pre-Convention certificate So regardless of age, all elephant ivory must have CITES documentation to enable re-export or import.

There has also been an import of a small quantity of ivory which was for forensic testing and as museum acquisitions.

Travel with elephant products and ivory

What you need to do if importing or re-exporting elephant ivory products.

What New Zealand has done to deter illegal trade

It’s illegal to bring elephant ivory into New Zealand without a CITES permit or certificate. DOC’s CITES Officers make sure that this law is upheld and have seized 124 ivory items without this documentation between 2008 and 2017.

We review each seizure carefully and determine serious fines where appropriate, which is an additional deterrent. Since 2013, DOC has prosecuted one man from Napier (who was fined $8,000) and one from Auckland (who was fined $12,000) for importing ivory into the country without CITES approval.

There is no ban on the domestic sale of elephant ivory within New Zealand. DOC currently has a consultation process in progress to review this option.

Travel with elephant products and ivory

New Zealand’s CITES requirements for the import and re-export of elephant ivory products.