Tramping on the Routeburn Track

Air New Zealand is a national partner with DOC for conservation.

Both acknowledge that our environment underpins our country’s cultural, social and economic prosperity and wellbeing.

Restoring nature alongside the Great Walks

Air New Zealand invests in large biodiversity projects alongside the Great Walks network – enabling over 43,247 ha of sustained pest control and the return of native birdsong to these special places.

The partnership also funds species management projects including bird surveys and health checks; translocations to grow populations of rare birds and remote sensor trail cameras and acoustic recorders to understand how the health of the area is being restored.

Air New Zealand transports some of New Zealand’s most endangered species (birds, reptiles and invertebrates) and Conservation Dogs as part of active recovery programmes. Species are transported for genetic and population management, to treat illness and to establish new populations at safe breeding sites.

Air New Zealand has provided free flights for close to 4,000 species and Conservation Dogs since the partnership began in 2012.

Air New Zealand also supports DOC's Threatened Species Ambassadors to help raise awareness for our threatened native plants and animals. With this support they can inspire New Zealanders about nature and the plight of our threatened species. 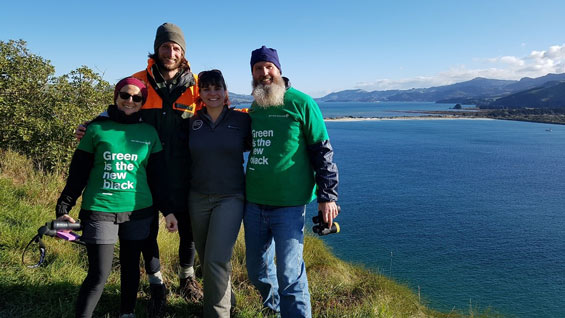 Erica, our Threatened Species Ambassador, advocates for our threatened native plants and animals.