Find out about whitebait regulations and the whitebaiting season for the West Coast.

The Department of Conservation is responsible for managing New Zealand’s whitebait fisheries. Observe the regulations and conserve our species.

Download this information in a brochure: The whitebaiter's guide to whitebaiting on the West Coast (PDF, 2,980K)

The regulations summarised here are for West Coast of the South Island. Also see All of New Zealand except West Coast whitebait regulations.

The whitebait season for the West Coast of the South Island is 1 September to 14 November inclusive.

The taking of whitebait at other times is prohibited. Fishing is only permitted between 5:00 am and 8:00 pm, or between 6:00 am and 9:00 pm during New Zealand Daylight Saving.

‘Fishing gear’ includes all nets, screens, lines or other devices that are used, or are capable of being used, to take whitebait.

No person can set or use more than one whitebait net at a time.

Every person who sets or uses a whitebait net must remain within 10 m of the net or of a licensed structure on which the net is set.

Whitebait nets should not:

No fishing gear should:

If screens are used, they must be set from the water’s edge, with no water between them and the bank.

Fishing gear (other than a licensed structure) must be removed from the water at the end of fishing, but no later than 8:00 pm, or 9:00 pm if during daylight saving, whichever is the earlier.

No person shall (among other things):

Nothing in these regulations permits any person fishing for whitebait to interfere with, alter or modify the natural bed or banks of any river, stream, estuary or channel.

No person shall fish or take whitebait from:

DOC keeps a record of persons caught offending against the Whitebait Fishing Regulations (West Coast) 1994. Those caught may have their fishing gear seized, may be issued an infringement fine; and may also be prosecuted, and if convicted, face a fine of up to $5000.

Unlawfully taken fish shall be immediately and carefully returned to the waters from which they were taken.

More information about our enforcement tools.

The licensing and administration of whitebait stands is the responsibility of the West Coast Regional Council. DOC retains responsibility for ensuring compliance to the whitebait regulations as they pertain to the use of stands.

This information is a guide only. It has no legal standing, nor does it contain all the rules. Familiarise yourself with the Whitebait Fishing (West Coast) Regulations 1994, Amendment No. 2 and Amendment Regulations 2000. Copies can be purchased from DOC West Coast visitor centres and offices, or viewed on the New Zealand Legislation website. 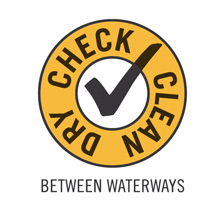 Clean, Check, Dry to help prevent the spread of didymo and other freshwater pests

Stop the spread of didymo and other freshwater pests.

Didymo is an exotic alga that invades waterways. To prevent the spread of freshwater pests such as didymo, always Check, Clean, Dry all footwear (including waders), vehicles, fishing equipment and other items before entering, and when moving between, waterways.

Find out about whitebait regulations and the whitebaiting season for all of New Zealand except the West Coast.