The mohua loses its home. 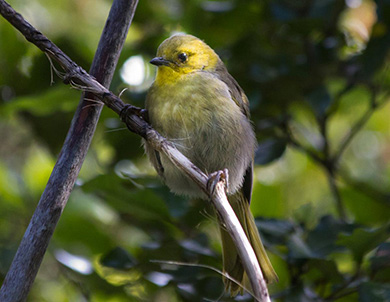 Mohua/yellowhead were once widespread throughout the South Island
Image: Peter Tait ©

Within a special ‘botanical island’, above the forested slopes of Mt Stokes, there once lived a small, yellow-headed bird – the mohua.

In the 1960s, in an attempt to protect the rare plants, 2.2 hectares of the mountaintop was fenced off and controls established to keep out pigs and goats. Sadly, these measures did not stop the local extinction of the small resident population of mohua, the last remaining mohua in the top of the South Island.

The mohua on Mt Stokes fell prey to rats and stoats. Four birds were saved and taken off the mountain to a predator-free island, a familiar story for many of New Zealand’s vulnerable native species.

The little mohua survived the stormy skies of the mountaintop but not devastation by the introduced stoat.

The rare plants are still surviving. 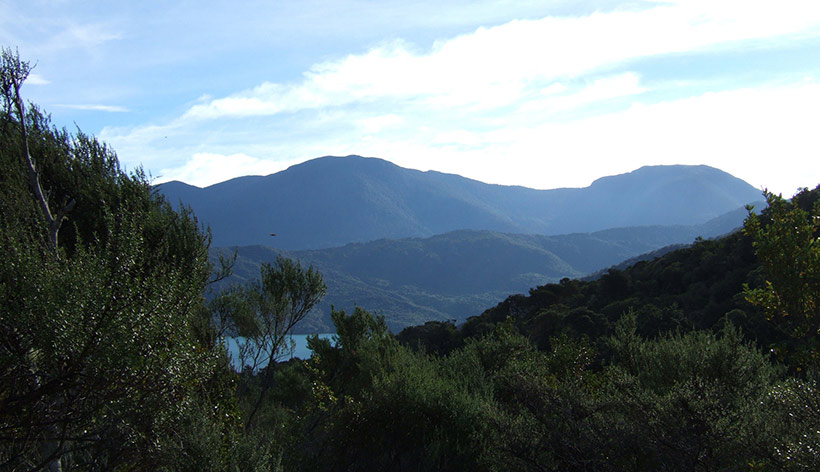 Flat-topped Parororangi/Mt Stokes (1203m), distant right, can be seen clearly from the Queen Charlotte Track as you descend to Punaruawhiti/Endeavour Inlet. It is the highest mountain in the Marlborough Sounds, often covered in low cloud
Image: Janet Bathgate ©