You have arrived at the head of Punaruawhiti/Endeavour Inlet where a track leads up past the old antimony mine to Tītīrangi Road. A few relics remain amongst stands of now-protected beech and podocarp forests.

So what was antimony?

The Marlborough Antimony Company Ltd was formed in the 1870s to mine stibnite and other associated minerals discovered in the hills above Endeavour Inlet.

Stibnite, a silvery-white, metallic element, was smelted on site to yield antimony. It was used in the manufacture of tin alloy and in coloured glazes and glassware.

The Endeavour Inlet antimony mine peaked in the late 1870s, but was never profitable. However it does go down in history as being New Zealand's largest antimony producer with a total of 3,700 tonnes.

The mine was located high up the valley with a tramway connection to the processing plant that was located on the valley floor. A wharf served the mine and 'township'. The township was located near the wharf. It included a school and a post office.

At its peak the mine employed nearly 100 men. There was even a mine band, called on to play for dances and events. 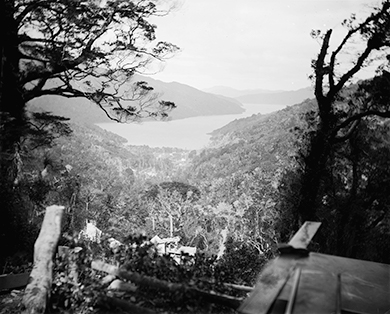 Looking down from the mine that was located up on the hill above the Inlet. The township was located near the water
Image: Nelson Provincial Museum © 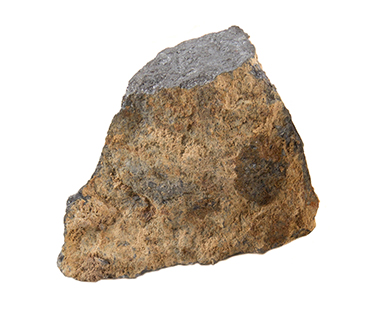 A sample of stibnite, which was smelted to obtain antimony
Image: Nelson Provincial Museum ©