DOC and Ngati Rangi iwi are involved with Karioi Rahui, an ecological restoration project on the southern slopes of Mt Ruapehu. 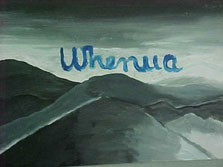 Karioi Rahui covers about 5,300 ha. It is comprised of vegetated terrain on the southern slopes of Mt Ruapehu across the boundary of Tongariro National Park plus unvegetated terrain including snowfields and mountain ridges above.

Biodiversity of the region

The area contains almost half of the priority threatened species in the Tongariro/Taupo region with the largest mistletoe population in the North Island and the largest studied short-tail bat population in New Zealand.

Karioi Rahui is a significant area for Ngati Rangi because of their cultural and historic association with the southern side of Mt Ruapehu. This special area is also home to a remnant population of North Island brown kiwi.

The project's goals involve biodiversity protection including preventing the extinction of North Island brown kiwi, enhancing populations of other threatened species and ensuring the security of short-tailed bat/pekapeka. Through this biodiversity protection and ecological restoration, the mauri (life force) of the area will be restored.

These goals will be achieved through cooperative management with tangata whenua and community involvement. An area to the west of the Rahui has been identified where no control (treatment) of pests is carried out in order to assist in outcome monitoring.