Bay of Plenty kōkako numbers on the rise

A recent survey in the Pongakawa Ecological Area has indicated a robust and healthy population of North Island kōkako – one of New Zealand’s more highly threatened birds. 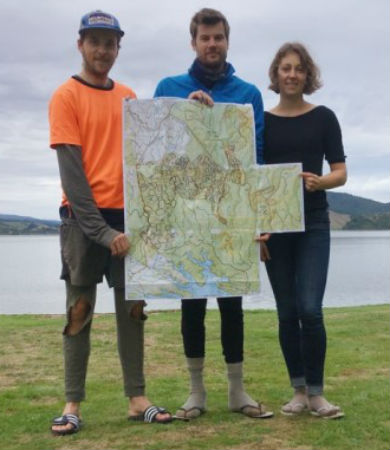 A total of 157 pairs and 13 single birds were recorded during the survey.

“The survey team reported that most of the kōkako pairs had fledglings with them indicating that we’re supporting a healthy and robust population,” Sarah says.

The survey was completed eight months after the completion of a large scale pest control operation led by RET, which has actively managed pest control in the area since 2013.

DOC Supervisor Carrie Abbott says the results are fantastic and a testament to the time and effort RET dedicates to pest control.

“The primary cause for kōkako decline is predation at nest – the females incubate their eggs for 18 days and are effectively sitting targets for ship rats and possums.

“Pest control can be a challenging line of work – rain or shine, traps need to be emptied regularly and baits replaced so they are attractive to predators. It’s arduous and time consuming. Undoubtedly, these survey results would be very different if it weren’t for the work of RET and the good use of a combination of pest control tools,” Carrie says.

Rotoehu Ecological Trust is a volunteer organisation which is dedicated to protecting and managing the North Island kōkako population in the Rotoehu Forest area. The highly active group has received national sponsorship for their work including funding from Kokako Organic Coffee and the World Wildlife Fund (WWF).

For further information about the trust, volunteer opportunities and how to donate, visit their website.