Two of Wellington’s predator-free islands have been combed by conservation dogs and given a clean bill of health by DOC after biosecurity scares over the summer.

Mana Island, off the Porirua coast, and Matiu Somes Island in Wellington harbour are havens for rare wildlife such as tuatara and takahē, and have been free from rats, mice, cats, possums and stoats for decades.

DOC received reports – coincidentally, and within days of each other over the Christmas period – of a cat seen on Mana Island and a rat seen on Matiu Somes.

The Department’s response included deploying conservation dogs – specially trained pest detection dogs – to comb both islands, and they have not located any pests.

DOC’s Conservation Dogs Programme, supported by Kiwibank, are a squad of canines specially trained to sniff out specific species. These dogs can be trained to detect a variety of pest species such as cats, rodents, stoats and even argentine ants.

The Department’s biodiversity supervisor for the Kapiti Wellington area, Colin Giddy, says sightings of any mammal on a predator-free island are taken very seriously.

“A single rat would be a disaster for any of our precious islands, especially if it were a pregnant female.

“One litter can produce 22 offspring and a pair of rats can multiply to 2000 in a single year, which is more than enough to overrun the island and decimate bird and lizard numbers. 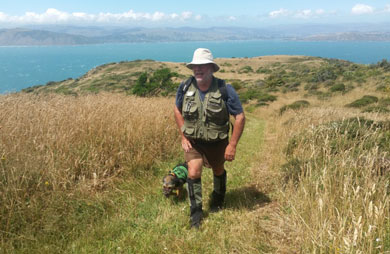 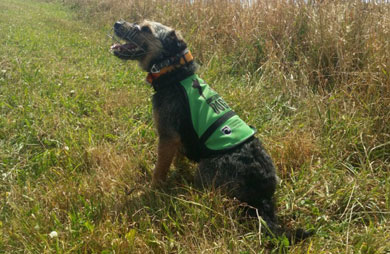 “A single cat would be notoriously hard to catch and could kill birds as large as takahē. Pest detection dogs are a great surveillance method to have in the tool box.”

The reports prompted DOC to immediately put emergency procedures in place to confirm or deny the presence of mammalian pests.

In addition to the pest detection dogs, tracking tunnels, traps and motion detection cameras were also put in place. As none of these tools have shown any indication of pest presence, both reports are thought to be a case of mistaken identity.

Colin says, “It’s the best result, and great to test our response protocols and keep us on our toes.”

Working together with Kiwibank allows DOC to unleash the potential of these incredible dogs. Conservation dogs are a highly effective tool for conservation and this partnership means DOC is able to make the programme more sustainable and better coordinated nationally.

Colin says, “Gary and his dog Abby patrolled Mana Island for several days. Abby is a cat tracking dog and the good news is she showed no interest which means it is very unlikely that a cat is present.

“Leona and her dogs Bail and Chase scoured Matiu Somes Island for the reported rat, and again, the dogs found no trace. Monitoring has continued for the past few months but we are now pleased to confirm that both these islands continue to be safe sanctuaries for our native flora and fauna.”

Visitors to any of Wellington’s predator free islands are reminded to check their gear well to prevent any stow-a-ways.

Check your bags for animals including mice, rats, ants and lizards. Clean all soil and plant materials from your footwear and other gear, as they can carry disease and seeds.

Preventing pests getting to predator-free islands is one of DOC’s top priorities.

DOC would like the public to contact rangers on predator free islands immediately if they think they see rats, cats or anything else suspicious or dangerous to wildlife. It is far more cost effective to remove pests if they have just arrived than to remove an established population.

DOC and Kiwibank are working together to unleash the potential of our incredible Conservation Dogs, they help find protected species and unwanted pests.