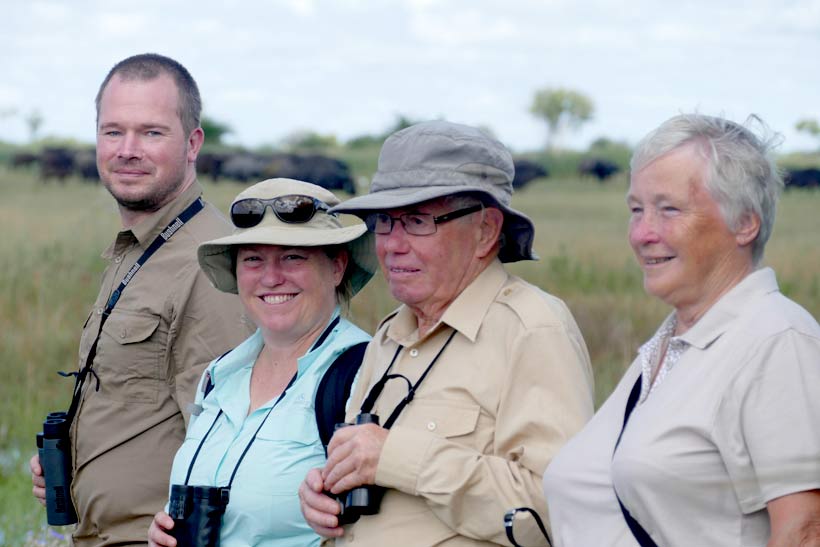 With the passing of Brian Bell, New Zealand has lost one of its most influential champions of wildlife conservation.

Brian made a landmark contribution to conservation in pioneering endangered species management and island ecological restoration techniques. He led the way in translocations of endangered species and eradication of pests on offshore islands, working with others including fellow acclaimed conservationist the late Don Merton.

Brian was internationally recognised for his work and New Zealand gained a reputation for world-leading conservation methods.

Brian worked for the Wildlife Branch of the Department of Internal Affairs which later became the Wildlife Service, from 1957 to 1987. He became Director of the Protected Fauna Unit and in this pivotal role he conceived and directed ground-breaking advances in threatened species management. It included programmes that saved the black robin and kakapo from extinction.

A defining moment in our conservation history was the devastating discovery in 1964 that rats had reached Big South Cape Island/Taukihepa off Stewart Island and decimated local bird populations. Brian directed work to relocate South Island saddleback/tīeke South Island snipe and Stead’s bush wren from the island. The snipe and wren were lost but the transfer of saddlebacks to rat-free islands saved the species from extinction.

Brian recognised earlier than most the importance of having islands free of predators as refuges for endangered species. Among the many island pest eradication programmes he was involved in were the removals of cats from Te Hauturu-o-Toi /Little Barrier Island, goats from Macauley Island in the Kermadecs, and weka and possums from Whenua Hou/Codfish Island.

Brian was responsible for the Wildlife Service Trainee Scheme for 15 years. Many of those who trained under his wing went on to become conservation leaders.

Brian was valued for his no-nonsense, practical approach, and his taking action with absolute determination, despite the odds, to achieve successful outcomes for native wildlife.

In the latter stages of his time with the Wildlife Service, Brian provided consultancy advice for a number of international bird and conservation projects.

Brian was awarded the Queen Service Medal in 1984 for his conservation work.

After the Wildlife Service became part of newly-formed the Department of Conservation in 1987, Brian went on set up his own ecological consultancy company Wildlife Management International Limited (WMIL) in 1992 which continues under the direction of his family.

WMIL has worked on conservation projects in New Zealand and internationally, including invasive species eradication projects on over 30 islands around the world.

Brian was a seabird expert and he considered his greatest achievement was developing techniques to translocate seabirds from one location to another. It began with moving fluttering shearwater from Long Island to Maud Island in the Marlborough Sounds between 1991 and 1996.

Brian was highly involved in the Ornithological Society of New Zealand (OSNZ) and served as its President from 1975 to 1980 and again from 1990 to 1995. He was awarded the society’s Falla Memorial Award in 1987 and in 1999 he was elected a Fellow of OSNZ. Brian was also elected a Fellow of the Royal Australasian Ornithologists Union in 1990.

Brian leaves a huge legacy to our country’s natural heritage through species still with us and islands that have been restored as a result of his vision, audacious actions and drive.

Brian and his wife, Sue, raised nine children who share his passion for birds, islands and conservation. Several of them are also making outstanding contributions to conservation. His son Mike and daughter Elizabeth (Biz) are ecologists in WMIL.

Elizabeth has led a number of island eradication projects around the world and currently runs long-term species’ studies, including an ongoing 19-year study on black petrels.

Mike and brother David have been involved with the Chatham Islands Taiko Trust in preserving the rare Chatham Island taiko/magenta petrel and the Chatham Island albatross, including establishing new protected colonies for these species. It includes carrying out New Zealand’s first albatross translocation that is also only the second in the world.

Another son, Phil, works on the Zero Invasive Predator (ZIP) Ltd research and development venture between DOC and the Next Foundation that is developing tools and techniques to enable permanent removal of predators.