Meridian Energy has today been named as the new national partner of the Kākāpō Recovery Programme, in a partnership with DOC.

The partnership was announced at Meridian’s Manapōuri hydro station, located in Fiordland National Park, as part of a kākāpō chick release on Pukenui/Anchor Island.

CEO Mark Binns says Meridian is delighted to be able to contribute to the ongoing conservation of the rare and iconic kākāpō.

“Kākāpō are a national treasure that need protection. Meridian is dedicated to helping protect our natural environment and we are proud to be raising awareness of the plight of these beautiful birds.”

The Kākāpō Recovery Programme is a world class conservation effort that has been in place since 1990, working to bring kākāpō back from the brink of extinction from a low of just 50 birds in 1995.

DOC’s Director-General Lou Sanson says, “In a year in which our kākāpō team has hatched a record number of chicks, the Department is delighted to bring Meridian Energy on board to support the work we do in conjunction with Ngāi Tahu on the Kākāpō Recovery Programme.

“DOC’s partnership with Meridian will help us to further develop techniques in the way we manage kākāpō, through research on genetics, nutrition and disease management.”

Tāne Davis, the Ngāi Tahu appointee to the Kākāpō Recovery Group, says kākāpō are treasured by Ngāi Tahu as a taonga species.

“Kākāpō are part of our tribal identity and it’s wonderful to see that Meridian values them too.”

Kākāpō are native to New Zealand and are listed as a critically endangered species, with only 158 known surviving birds as of June 2016.

For more information about the partnership see Meridian Energy.

For more information about the programme see Kākāpō Recovery Programme. 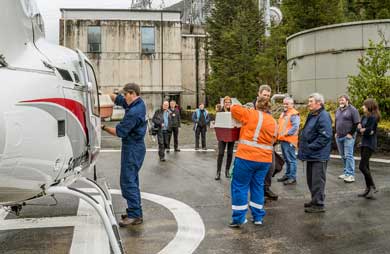