DOC has successfully eradicated mice on Maud Island, restoring it to a predator-free haven for endangered native species.

Maud Island/Te Pakeka wildlife sanctuary in the Marlborough Sounds has been restored to being predator-free again after a Department of Conservation operation successfully eradicated mice on the island. 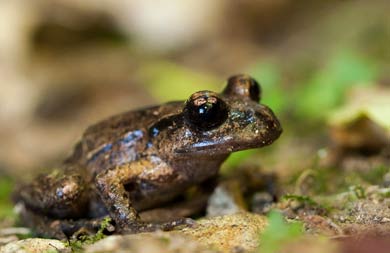 Mice were found on the island in spring 2013 and an operation to eradicate them using baits laced with the rodent poison brodifacoum took place the following winter.

Two years have now passed since the last find of a dead mouse on the island which is considered sufficient time without sign of rodents to be confident eradication has been achieved.

DOC Sounds Operations Manager David Hayes said Maud Island had been an important wildlife sanctuary since the 1970s and it was pleasing to have it returned to being a predator-free safe haven for endangered native species.

"Maud Island is home to a number of rare and endangered species including the unique Maud Island frogs/pakeka, Cook Strait giant weta, orange-fronted parakeets/kakariki, the Cook Strait striped gecko and Powelliphanta hochstetteri obscura giant snails. The island has also been used as a sanctuary for takahe.

"It is an ongoing challenge to keep the island free from pests, including mice, rats and stoats. We have intensive biosecurity measures to prevent pests getting onto predator-free islands and to detect them should they arrive. We have made improvements to our Marlborough Sounds islands' biosecurity practices following the find of mice on Maud."

The mice on Maud Island particularly posed a threat to insect and lizard species and potentially could prey on the frogs. Precautionary steps were taken to protect the most at-risk species.

Some Maud Island frogs were moved to another pest-free island to establish an additional population. A number of striped gecko were held in safe-keeping on the island until it was considered safe to release them. Takahe were also moved from the island as a precaution ahead of the eradication operation.